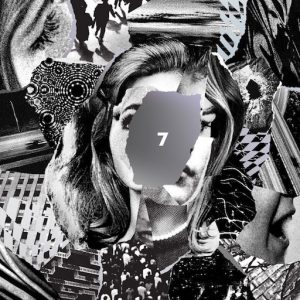 Beach House, the Maryland duo of Victoria Legrand and Alex Scally, have been the most consistent dream pop band this side of the 2000s: taking cues from shoegaze and bands like the Cure and Cocteau Twins, their atmospheric music has been refreshing with each release since their self-titled debut in 2005. Highlighted by Legrand’s unique mid-range vocal style and Scally’s understated guitar playing, they have stuck to the same general formula for crafting beautiful and layered pop with sticky melodies, making slight tweaks to their sound between albums. Their aptly titled seventh studio album is no exception to this: 7 comes after last year’s B-sides and Rarities, a literal and figurative clean slate for the band.

On 7, Beach House plays with a few different ingredients while still following their trademark recipe for dream pop. Many of these tracks utilize guitar in a more pronounced way, such as the high energy opener “Dark Spring,” which also features Scally singing with Legrand, a rarity in the band’s discography. This track, like openers of their past releases, does a great job at introducing you into the foggy, dark world of the album, which really plays to their favor in creating an atmosphere for the music to follow. “Dark Spring” is the most urgent track here, throwing you into 7 and showing you the new tricks that Beach House have up their sleeves in 2018. This aggressive tone pops up a few more times, notably on the incredibly smooth changeup on “Dive,” where the track does a complete 180, trading slick keyboards for distorted guitar and rhythmic drumming.

After a nasty transition into the second song, “Pay No Mind,” which could pass for a My Bloody Valentine track, Beach House bring back their enveloping layers of keyboards, coupled with Scally’s guitar, that allow for static tracks such as “Drunk in LA” and “Girl of the Year” to not feel stagnant, but rather more like soundtracks to a scenic car ride. Acoustic guitar shows up on “Lose Your Smile” and “Last Ride,” adding to the meticulous texturing that has always been a part of the band’s sonic palette. The variation of lead instrument on 7 allows it to not suffer from sameness, and the wall-of-sound approach on each of these 11 atmospheric cuts allows for a highly cohesive album. This cohesiveness has two incredible bookends, the immersive opener “Dark Spring” and the powerful closer “Last Ride,” that uses haunting piano to properly tie together 7 and bid you farewell. This seven-minute track ends the album with a sprawling outro that sounds akin to waving goodbye to a friend. It is impressive how good Beach House is at opening and closing an album, and the great pacing of the album adds to this novel-like quality. 7 is on par with some of Beach House’s best releases, and if this really is the last ride, they ended on a high note.