A Defense of Doug Pederson 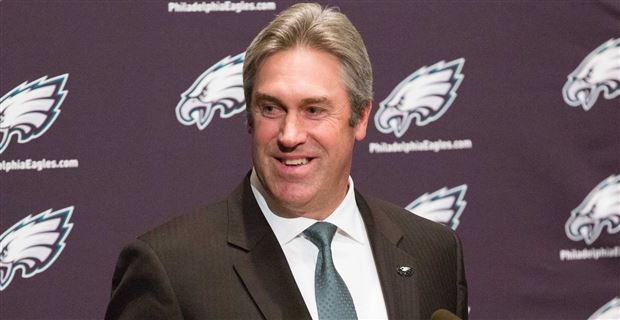 The 2016 NFL season is nearing the start of its postseason, and that means that eighteen teams are a mere half-week away from the finish line. That means lots of those non-playoff teams (and probably one or two playoff teams) will shortly evaluate their respective coaching situations.

Some of those teams have good reason to do so when you consider how the team did, how long the coach has been there, and how the team has progressed under his guidance.

One team that has nothing to think about for the foreseeable future is the Philadelphia Eagles, whose head coach, Doug Pederson, is finishing up his first year at the helm.

There are lots of people (both Twitter nincompoops and professional writers) who disagree with that, at least to a point, and it makes. No. Sense. There are three key reasons for this, so prepare yourselves…

1. Pederson is a rookie head coach. How many head coaches with no prior head-coaching experience have set the world on fire and made a deep playoff run? I bet you could count that number on your fingers. Not to mention, Pederson hasn’t had a ‘bad’ year, by rookie head coach standards- especially not by Eagles head coaching standards. Andy Reid, the undisputed best coach in franchise history, won five games his first year, 1999. Pederson has won six, with a chance for his seventh this coming Sunday against a Cowboys team that won’t be playing any of its starters (assuming Dallas possesses an iota of sense, which isn’t a given).

Should he be compared to Chip Kelly, who won ten games in his first year, then? Ok, but show me someone who thinks Chip Kelly is a good coach. The fact that Pederson isn’t having racial allegations made against him should tell you that Pederson is at least on par with the former Oregon Ducks mastermind (it’s worth noting that come February, both coaches will have the same number of lifetime playoff victories- zero).

He’s shown ‘guts’. He’s been aggressive. He’s made mistakes, like every single rookie (and otherwise) coach. What will be cause for his firing is if he doesn’t learn from those mistakes.

2. He has very little to work with. Who’s the best player on offense who isn’t Carson Wentz? Probably Lane Johnson, who just came back from a 10-game suspension following his second positive-illegal-substance test. How about a skill player…Jordan Matthews, the wideout who has yet to eclipse 1,000 yards through three (soon to be four) seasons? Or perhaps Zach Ertz, who will undoubtedly be considered a “hot breakout candidate” for the fourth straight year come next season?

And that dearth of talent is just on the offense.

Shall we dissect the defense, which following the team’s 4-2 start gave up at least 26 points in seven of the next eight games? If the Patriots and their dynamic offense gave up 26 points per game, they would have six losses through today. You have a D-Line flooded with contract extensions that hasn’t produced an ounce of QB pressure (and forget the sack totals you should expect from players of their respective salaries). You have a secondary that has been bad for what feels like an eternity. Let me put it this way; it was awful in 2012, Andy Reid’s final year. It was awful for the entirety of Chip Kelly’s tenure with the team. It was awful in Pederson’s first year. Try and imagine an incoming president faced with a problem that has ravaged the country for the past two presidencies. You wouldn’t kill them if it wasn’t fixed after year one, either.

3. Consistency is what the good teams have in common. How are players expected to perform well when they’re being asked to memorize new playbooks and coaching schemes every one to three years? It’s simply unfair and idiotic to ask of someone. You have a rookie QB who has shown exceptional poise and promise, and the last controllable obstacle you should advocate putting on him is asking him to continue his development across multiple head coaches.

Pederson is working with a team that is comprised almost entirely of his predecessor’s roster decisions (most of which, we’ll all agree, were abominable). How about he has a chance to choose players in multiple drafts who fit his scheme and culture before we think to ourselves that we can make a fair coaching evaluation?

Finally, the teams that routinely go through the coach-hiring process are the ones that stink year-to-year. When’s the last time Green Bay hired a new head coach? When’s the last time Pittsburgh fired a coach? New England? Baltimore? Seattle? You know, the perennial playoff teams.

The teams that hire new head coaches on a regular basis are…Cleveland, St. Louis, NY Jets, Jacksonville, San Francisco, Tennessee…should I keep going? Cleveland hasn’t played in a playoff game since the 2002 season. St. Louis only recently canned Jeff Fisher, who is tied for the most losses in league history. The Jets are…the Jets. Forgive me if I don’t want to emulate those teams, and forgive me if I want the Eagles to exhibit some patience.