“A Godless Line” by Key to the Mint – Review 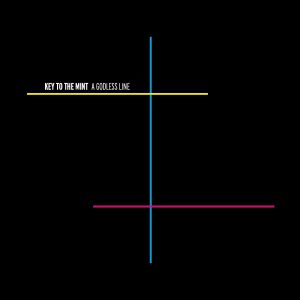 When I first opened the shipping envelope containing this album I took a brief moment to read the attached scrap of paper which purported the album to be a sort of 80’s underground revivalist album not dissimilar to the Smiths, the Cure, and Depeche Mode, fans of any of those bands will consider this to be a pretty broad pitch, so its perhaps no surprise that Key to the Mint’s sound swings overwhelmingly towards the thumping drum machines and almost choral lyrical style of Depeche Mode. This all sounds fine in theory but in practice the result is a collection of sound-a-like tracks all overbearing, monotonous, and possessing no unique or interesting traits to separate “A Godless Line” from the herd of utterly disposable 80s synth music that actually came out in the 80s, let alone other such “revivalist” efforts.

This sort of 80s synth/new wave revivalism is personally interesting to a new-wave apologist such as myself though I find that it’s very often based on kind of shallow affection with a kind of generalized pink-and-turquoise-Miami-Beach-cocaine-Spielberg-speedboat-America-steroids-DeLorean-Reagan 80s aesthetic; one that doesn’t really wish to remind us of the nuance and grey area of the Decade of Excess. In this sense it’s less 80s revivalism and more 80s fetishism, and it’s not even particularly interesting or original fetishism. That’s probably the most damming thing I can say about A Godless Line, it’s just kind of boring, it’s almost like Key to the Mint decided they wanted to be “Depeche Mode but…” and then forgot to fill in the “but,” leaving us with just “Depeche Mode” and we’ve already got one of those, they’re called Depeche Mode.

You can follow John on Twitter @Wright_JohnP and catch him playing all the best in alternative music from 12 PM to 2 PM on Fridays on The Post Punk Roc Bloc. This review was edited by Stevie Priller of the WPTS Editorial Board.