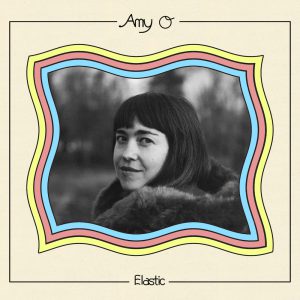 Elastic is without a doubt one of the most surprising albums of this year, becoming my record of the summer after only a few listens. For her first release on Winspear, Amy O draws from the sharp, ultra-personal songwriting of contemporaries like Frankie Cosmos and adds punch, harmonies, and a more creative instrumental approach. The result is an album that truly takes this often replicated sound to the next level. It is safe to say I’m in love with what she’s delivering here. Songs like “History Walking” and “Lavender Night” are short blasts of bliss and fun with their punky energy and synthy bounce. “Sunday Meal” shows great attention to dynamics as the track continuously builds around a great hook. Toward the end of the record, Amy O gives us songs like “David”, a slower number which brings to mind tracks like Frankie Cosmo’s “Outside with the Cuties”. The only reason I’m not giving this a perfect score is so Amy doesn’t stop making music.

For Fans of: Frankie Cosmos, Hop Along, Best Coast, Bully