Album Review: Moby and the Void Pacific Choir – These Systems Are Failing 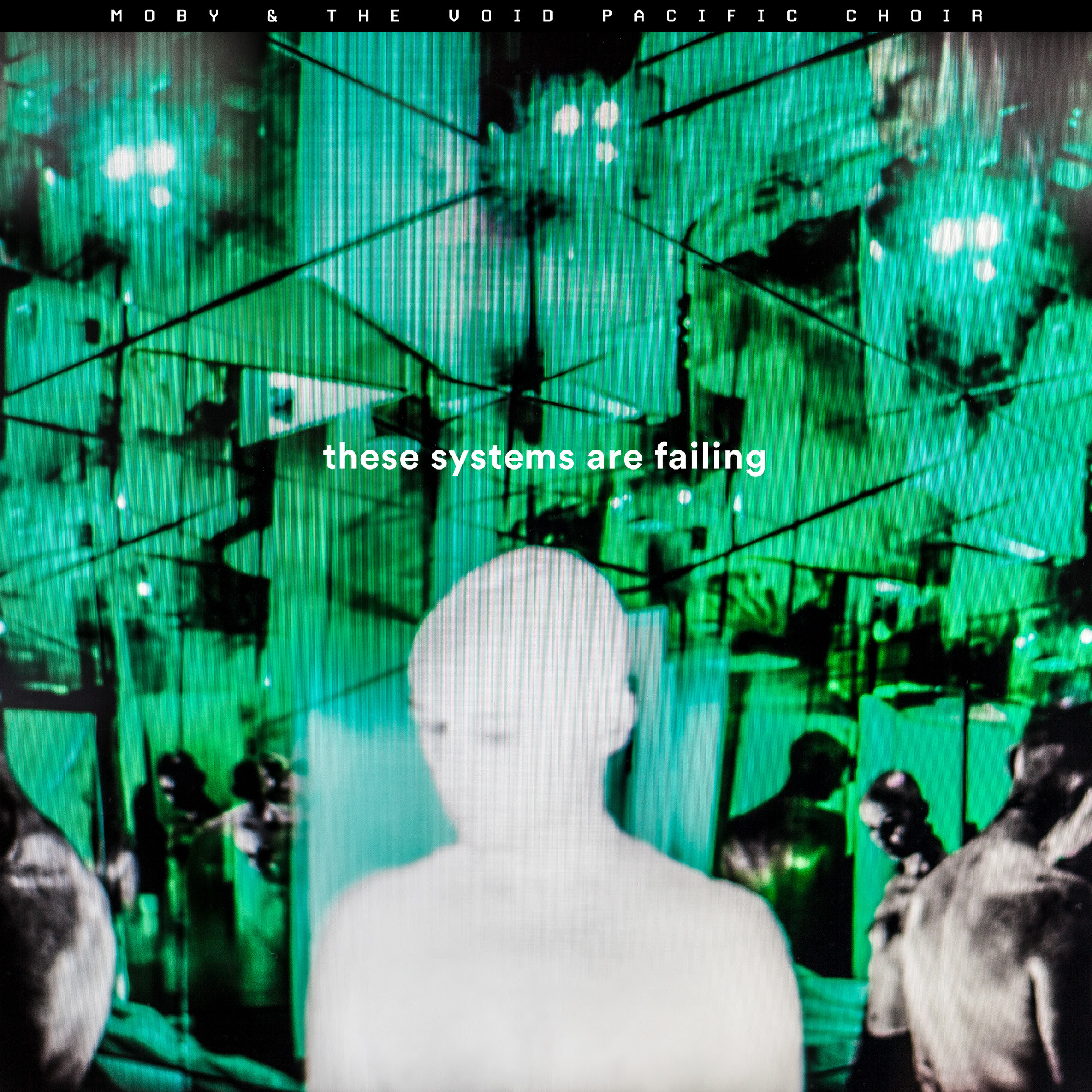 This new collection of songs from Moby is a confusing one. Moby’s last few efforts have been successfully executed ambient projects. From first impressions, this album appears to be a return to form, to more danceable numbers, a la “Play” and “18”. However, “these systems are failing” feels clunky and forced. There are moments of the potential of this project, some hooks shine through, but they ultimately are overused. like on the first track. There’s also an interesting LCD Soundsystem-esque song, “Don’t Leave Me”, with an interesting bass line. Unfortunately, the synths just churn on repetitively, and the song lacks development. Many tracks mash together into a loud, synth-guitar blend, accompanied by chanting by Moby and his choir. There are hints of his 80’s punk roots in the frustratingly produced “And It Hurts”, a track with a guitar driven verse with heavily distorted vocals, and is later joined by overly fuzzy synth lines. The lyrics are decent, coming off as poetry with subject matter split between run of the mill Moby angst topics, and lost love. The one track that these textures and themes combine well is “A Simple Love”, featuring an interesting, sporadic synth intro, and a quality chord progression in the chorus. Overall, “these systems” is scattered, and its goal is unclear.