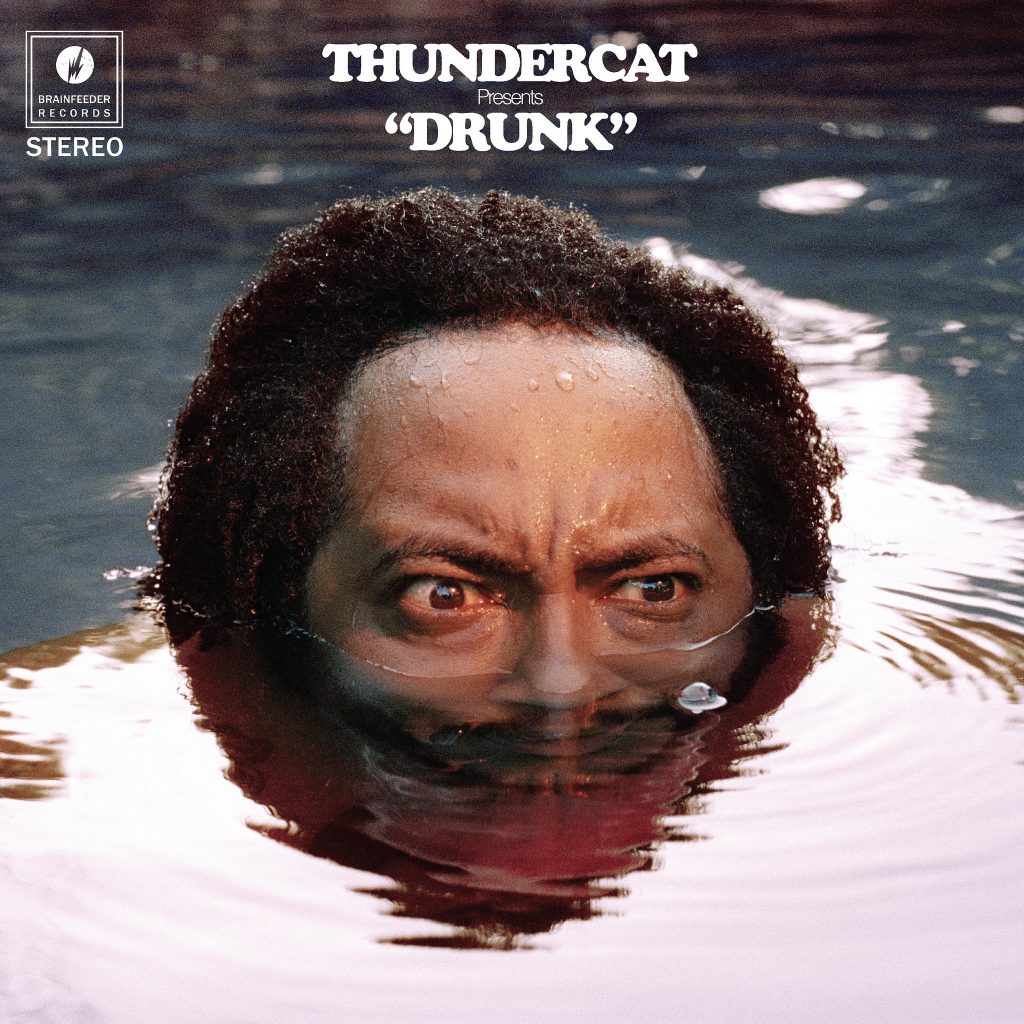 Oh Stephen Bruner, how much I love you.

As usual, Thundercat’s bass work is phenomenal. He lays down some crazy stuff on this thing, but it’s more toned back and not as in-your-face as it’s been in the past. Lots of the tracks rely more on his overall compositional abilities and him putting the piece together rather than his bass skills. This isn’t a bad thing though, as Drunk still loaded with a lot of winners. After my first listen, I was kind of disappointed, but after going back a few more times I realized just how many good tracks there are on this thing. It’s hard deciding which are my favorites. “Tron Song” is one of my favorite tracks from him, so to see us get another one in “A Fan’s Mail (Tron Song Suite II)” is awesome.

As much as I love his campiness and wacky personality, it does make certain spots less enjoyable than they should be. Also, his vocals get old after a while. After about halfway through I just wanted to hear somebody else sing for a change because his vocals are so limited. Double also, that fact that Wiz’s garbage verse on “Drink Dat” made it through to the final cut is plain ridiculous.

Anyways, as a work from beginning to end, Drunk is by no means an amazing album. But it has enough tracks holding it together that make for an enjoyable listen and solid outing from one of jazz’s best in the game.