As temperatures flared and late afternoon storms raged, the interior of the Club Café remained a mellow cool. Fans eagerly awaited the first of two back-to-back shows by All Them Witches. The Nashville-based blues-rock band arrived at the intimate South Side venue in support of their latest album, Sleeping Through The War. Indie-rock band, Handsome Jack set the mood for the evening with a set of funky, blues-inspired jams.

After a short break, settled in front of a psychedelic backdrop designed by the band’s drummer, All Them Witches took the stage. With howls of fan approval and a least one exclamation of, “I love this band,” All Them Witches played to a packed crowd. The café floor vibrated as the band muscled through bluesy gems like “Dirt Preachers” and “Charles William.” Blasts of psych-rock pulsed through the small venue in steady streams, with a pleasant mix of new songs and old favorites. The band found their peak halfway through the set with the spiraling “Death of Coyote Woman,” a trippy, 8-minute standout that highlighted each band member’s prowess, with a sound that conjures images of restless desert wanderings.
Many of All Them Witches songs are long, sometimes blending into one another, until there is just one constant jam session. This seems to be their comfort zone and where All Them Witches are at their best. With a sound that borders the classic-rock punch, the band is a jam band without all of the hippy cheese.

The fans mostly consisted of a younger, college-aged crowd. Some were vaguely aware of the band, while others were outfitted with merch from previous shows. Many were colorfully tattooed and as the night wore on, almost all were nodding in approval to the slick slid guitar solos of Ben McLeod and Charles Parks Jr. (who just goes by Parks).
Drummer Robbie Staebler kept the energy high with heavy, frenetic beats and a shirtless motif, while keyboardist Allan Van Cleave brought a southern tinge to round out the sound. The atmosphere remained chill and fans generally avoided any craziness, minus the occasional outcries of “Stanley Cup Champs,” from Pittsburgh Penguins enthusiasts. This of course didn’t deter the Nashville-based band, who nonchalantly addressed the crowd with congratulations and mild amusement. With the degree of indie-cool in the building, hockey seems trivial compared to a night of bewitching rock. (Yes, I went there.) 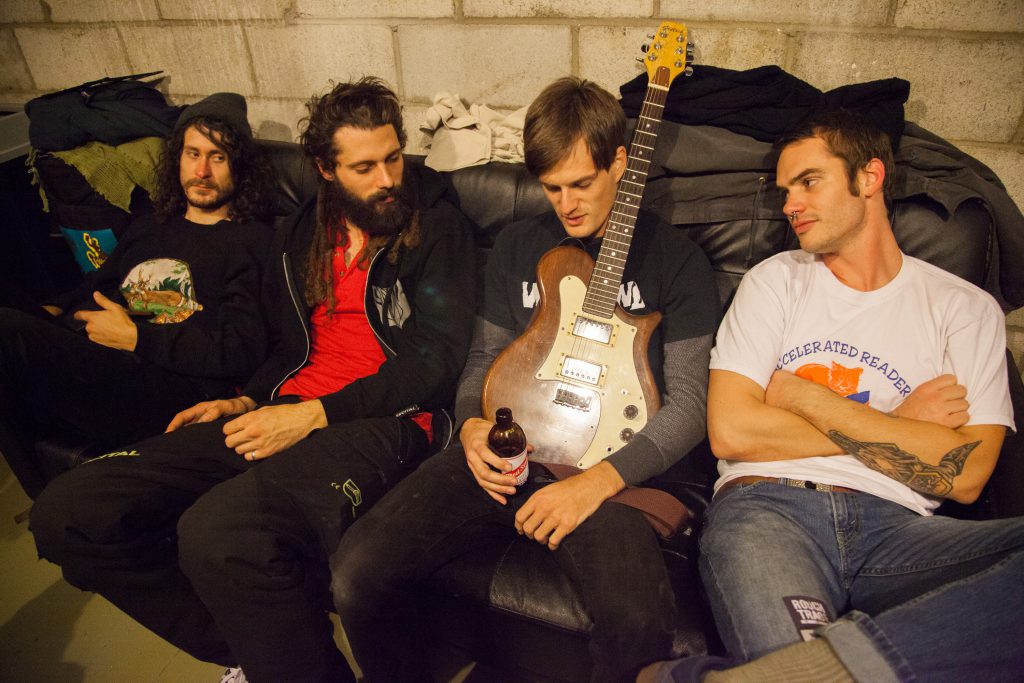