Score:
Taco Bell Mild Sauce/10
Overalls that are slightly too short/10
Used textbook with too many notes/10
An untoasted bagel/10
Room temp ice tea on a hot day/10
7/10 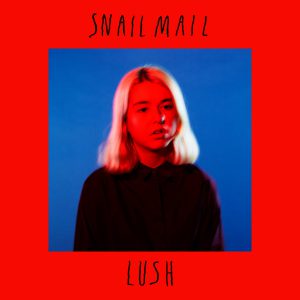 We here at Anxiety Hours have been long time listeners of Snail Mail, we were very excited for the new Snail Mail album, Lush. However, especially with all the hype surrounding the release, we felt the album the fell flat. Everyone we know has informed us our opinion is wrong, so take our review with a grain of salt. Let’s take it track by track:

Intro: Felt incomplete, like it was last minute added or an unfinished track.

Pristine: First single released, it got us excited for this album, however we hoped for more out of the album when it came it out.

Speaking Terms: The guitars are pretty good. Sounds like something that would be played at The Bronze in Buffy the Vampire Slayer.

Heat Wave: The second single. Video with Hockey players. This song is generic, like there’s nothing unique about it, and there’s no substance.

Stick: Was on the ‘Habit EP’, it’s a good song. One can still hear that on this album, however it blends in with everything and was better on the EP. Probably Elyssa’s favorite of the album.

Let’s Find An Out: Third single, Lindsay Jordan’s personal favorite. The rest of the album sounds the same and then you have this song which is folky and soft. Ella’s favorite of the album.

Golden Dream: Sounds like a teen movie song, not well fleshed out. Verses are strong, chorus feels out of place.

Full Control: Musically this song is awesome, however the lyrics could’ve been pulled out of my middle school diary.

Deep Sea: It’s a slow song, however it doesn’t work as a song, because the lyrics are a ocean metaphor, but they aren’t deep.

Anytime: Same as the intro. Sounds like she split this and the intro in two songs to try to tie the beginning and end. Sounds incomplete much like the intro.

We want an instrumental version of this album, so we can write new lyrics. We really love the music on this album, the lyrics just overall fell flat in comparison. On top of that the clean production really highlights how vapid the lyrics are. We think the change from Sister-Polygon to Matador is part of the reason we don’t love this album. The EP had equally lifeless lyrics, however it worked because of the grittier cohesive sound. The songs are each about different lovers which also contributes to this lack of cohesion. We really wanted to like this album, but it lacked the depth we hoped for. We felt like Snail Mail had a lot of potential that wasn’t reached on Lush.