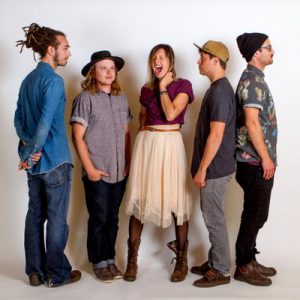 Archipelago by Shred Kelly is an enjoyable album. That’s it. I’d encourage most people to listen to it, but certainly not everyone. Let’s break it down:

Firstly, I’m going to talk about what makes this album so genuinely fun to listen to (this may only be the first or second time I’ve described an album as ‘fun’ in a review, and I hope that the compliment is well-communicated from my computer to your minds and hearts, because fun means a lot).  Many of these songs are propelled by a thumping, quarter-note bass drum, and that forward momentum pushes me right through this album as a listener. This is especially true on “Nova,” which is one of my favorites here. The lyrics are super easy to catch on to, and I found myself singing along to half these songs by my second listen. The singers in Shred Kelly are unique enough to be interesting, but not enough to be weird or repelling. Also, beneath their appealing, slightly modernized country/folk instrumentation, a few tracks have some interesting musical details, that really blew my mind when situated with the easygoing feel of other tracks. Namely on “Jupiter (any Other Way),” which has some fast intervals in the vocals, and on “Didn’t Know,” which goes into a heavy, minor sound for a brief moment in each chorus. After some more listens, I also started to notice other smaller intricacies, like the subtle dissonance looming in the background of the title track. Perhaps the most interesting part of Archipelago is how Shred Kelly widens their sound on each track. “Don’t Ever Look Back” is livened up with hints of high-end piano, while “Houseboat” abandons almost every other element of Shred Kelly’s sound, creating a lush soundscape that provides a soothing exhale for the album to close on.

Unfortunately, the enjoyableness of Archipelago is all it has to offer: there’s nothing really going on below the surface. The only song without any clichés is the only song without any lyrics, and Shred Kelly didn’t even try to hide this, seeing as almost half of these songs have clichés in the track titles themselves (“Don’t Ever Look Back,” “Stay Gold,” “Die Trying,” “Wasting Time”). Even after only sitting on this album for a couple of days, it has already started to get a little stale for me, and I feel like I’ve experienced everything this album has to offer. Archipelago tells no story and gives no insight that I haven’t heard many times before.

You can catch Sam as the host of Square 1 on Saturdays from 8 to 10 AM. This review was edited by Spencer Smith of the WPTS Editorial Board.

Archipelago is out on February 15th on Spotify and other streaming platforms.