It was an afternoon to remember for Lance White, Jayla Everett, Dayshanette Harris and the Pitt Women’s Basketball program, but an evening to forgot for Jeff Capel and the men as both teams opened the 2020-2021 campaign at the Petersen Events Center Wednesday.

White’s team got things started early in the afternoon hosting George Mason and showed the steps forward taken by the program with the addition of Everett, a talented transfer from New Mexico, as well as the growth taken by the sophomore standout Harris. A member of the ACC All-Freshman team in  2019-2020, Harris demonstrated immediate chemistry with new addition Everett as well as freshman Liatu King and Taisha Exenor while dropping an 11 point-10 rebound double-double in the 72-57 win over the Patriots.

The Panthers dominated defensively for the majority of the first half, holding GMU to just five points in the first quarter as the Patriots shot an abysmal 15% from the field and 18 % from deep. Everett provided most of the offense for Pittsburgh with 18 totals points including 4-7 shooting from 3-PT range, while the team showed impressive ball movement and pace despite 21 turnovers. White’s team did well in recovery defense, limiting Mason to just 12 points off those giveaways while adding 18 off 17 GMU turnovers. 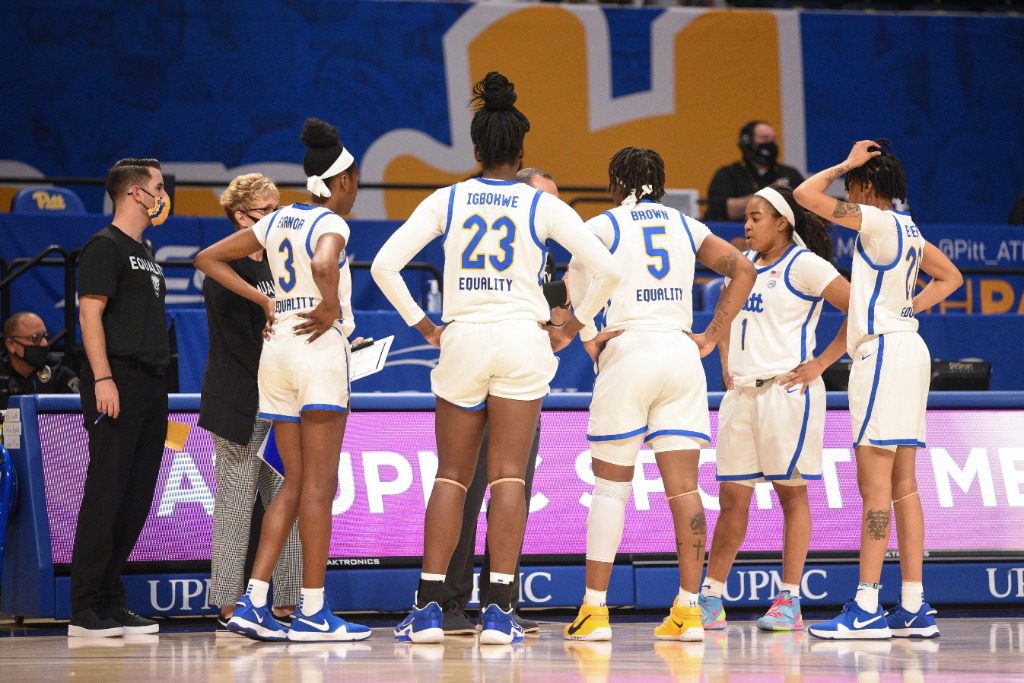 Things went entirely in the opposite direction for the Men later in the day as they floundered to a brutal defeat to NEC team St. Francis (PA) to fall to defeat in the opening game of the season for the first time under Jeff Capel, 80-70.

The Panthers lacked rhythm and efficiency at both ends of the court, turning the ball over 13 times in the — 24 times overall — while allowing over one point per possession to the Red Flash, with SFU racking up 27 points off those Pitt turnovers. Junior PG Xavier Johnson, looking to make strides in his third season facilitating the court for the Panthers, found himself in early foul trouble with two offenses early and struggled to maintain any consistency in possession. Johnson finished with seven turnovers to go with his ten assists and nine points, shooting 2-9 from the field and 0-5 from beyond the arc.

Capel tried to showcase his newfound depth, getting newcomers like John Hugley, William Jeffress and Femi Odukale involved with Hugley getting the start at center in his first collegiate action. Ithiel Horton, a transfer from Delaware who sat out the season last year due to eligibility issues related to his move from Newark, also made his debut in the starting lineup but had a lackluster performance with just five points, two rebounds and two assists.

The lone bright spot on the day was the play of junior G/F Au’Diese Toney, who produced the majority of Pitt’s offense for a significant portion of the game, finishing with a highly efficient 20 points, shooting 8-10 from the field and 4-5 from deep, although missing both attempts at the free throw line. Toney also added seven rebounds and a single assist in a valiant solo effort. 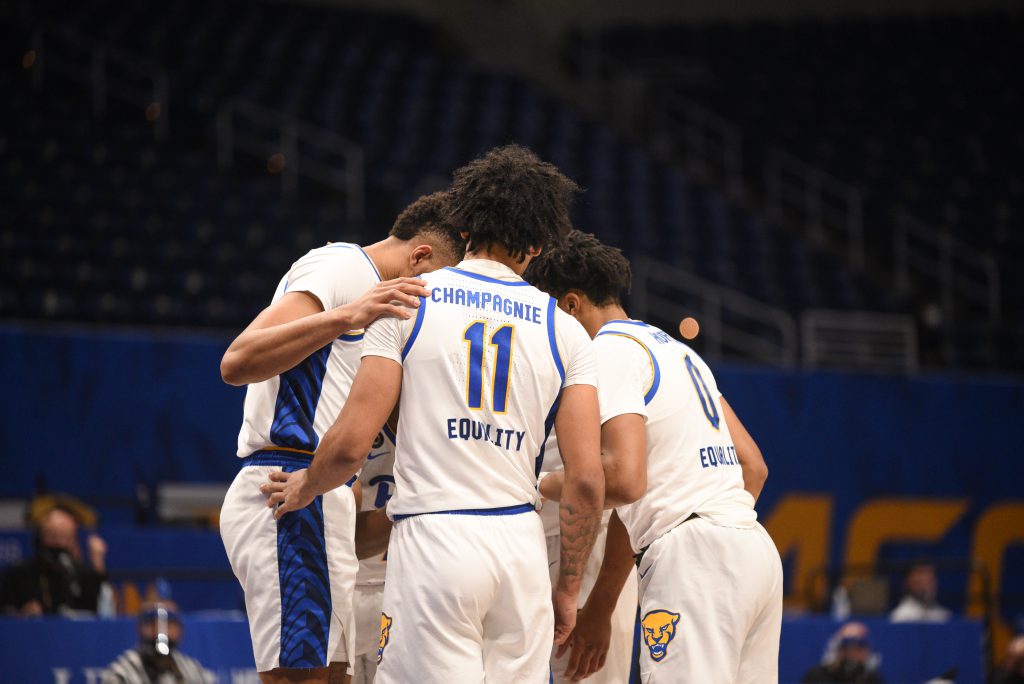 Both teams took the opportunity to use their platform in order to advocate for change in social justice by kneeling during the playing of the national anthem pre-game, as well as sporting “EQUALITY” emblazoned beneath the  number on the back of each player’s jerseys.

The Men will look to bounce back hosting Drexel Saturday at 1:00 PM while the Women return Sunday with Hofstra at the Petersen Events Center, tipping off at 2:00 PM