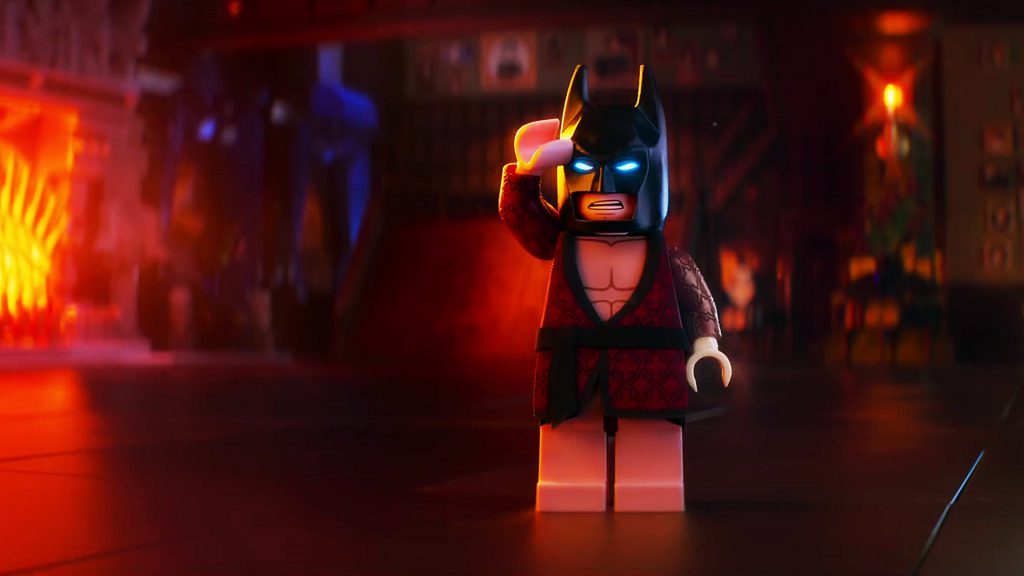 The Lego Batman Movie is one that I had high hopes for. This has been the case ever since the first trailer was released a little under a year ago. The breakout star of its fantastic 2014 predecessor, The Lego Movie, was back and seemed to be everything that I wanted in a standalone film and then some. I even went as far to say that there’s no way I wouldn’t like this movie, something I rarely do.

So, how was it? Should you see it? Is it worth the hype?

Before I give you my rundown I must note that you should probably see (if you have not already) The Lego Movie before you see this bad boy. It’s not necessary, but you’ll get a better feel for the main character (BATMAN) and what this film franchise entails if you do. Also, it’s the superior film of the two.

Rather than writing a more formal review, I’ll keep it simple. Here are the things that were good, bad, and eh, split between the two. (Note: Possibly some minor spoilers may follow, but nothing too crazy.)

– The amount of callbacks, Easter eggs, cameos, and the like were ridiculous. They appeased many a Batman fan with this one. The film was littered with references to things in the 75+ years history of the caped crusader that only comic book nerds (like myself) would know. Sometimes they came right out with it (where even casual viewers would pick up on the reference/gag) and other times it was neatly tucked between an action or some dialogue. Regardless, it was clutch and made me happy.

– THE CONDIMENT KING. He’s a Top 5 Batman villain and ridiculous(ly brilliant), so to see him get some love in this film (a decent amount of times I might add) was… I don’t know, man. I’m tearing up just thinking about it.

– The music is ridiculous. Yeah, The Lego Movie had “Everything Is Awesome”, but this thing has all-out compositions that are, dark, brooding, and atmospheric. Partway through the movie I found myself thinking “Wow, this music is really good.” And no I’m not talking about Wiz Khalifa’s “Black and Yellow.”

– When the jokes are on, they’re on. And they come in all shapes and sizes. They got some bathroom humor for the kids, cheesy cringe jokes for goofballs, mature quips for the parents, and real-life relatable situations that people going through life can well, relate to.

– Voice acting. Will Arnett is an underrated Batman. Like, really underrated. He‘s no Kevin Conroy, but Kevin Conroy is the GOAT, so ya know. Rosario Dawson is fantastic. (When is she not though?) Really needed more of her voice flooding my ears. Also, Michael Cera was good as Robin/Knightwing.

– The use of color in the film is A+. It was visually appealing.

– The film never takes itself too serious. But it also dabbles in the psychology of Batman and his crazy bromance with Joker a little bit, which adds a nice little layer to it as a whole.

– Way too many jokes at the beginning. Like, every single line of dialogue is a joke or something they want the audience to laugh at. It was annoying to the point where I didn’t care for what was going on.

– Because of the sheer amount of jokes, whenever the movie gets to a quiet point in the film (that the audience is supposed to take more seriously), it’s really awkward and doesn’t feel right.

– Aside from the points where characters build things or Legoey things happen, it didn’t feel like a Lego film. It wasn’t until Batman built something in an earlier fight sequence where I remembered what I was watching.

– The animation is still good, but veered away from the meticulous, stop motion-esque style of The Lego Movie and a lot closer to a regular animation style. It’s a letdown.

– Because we’re all pretty familiar with Batman to some degree (and the never ending wave of Superhero films that is Hollywood), the setting was boring. There was nothing that really made me want to see this thing through to the end.

– Warner Bros. was way too safe with this one. I understand that it’s for kids and all, but there’s been animated films in recent years that have given the audience more and tried to do something new.

Anyways, The Lego Batman Movie is good. Go at it knowing that it’s for the kids, don’t expect your mind to be blown, and just have some fun. That’s what this movie is all about. Yeah it didn’t need to happen, yeah it was made for the money, but the thing is, it succeeds in a lot of areas and doesn’t fall under its own weight (for the most part). I just hope that the Lego movie franchise doesn’t go downhill from here.