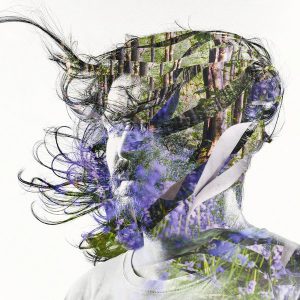 Bibio’s 10th release, Ribbons, has a feel that is wistful and mystical, bringing to mind the stylings of other mystic, folksy artists on the modern stage. In this album, Bibio is to spring, what Fleet Foxes is to autumn. The early groggy feelings and naturalistic “wisdom of the cow” (see The Art Of Living) endow this album with feelings of new beginnings and fresh growth. Not to mention the included nature noises and subtle, soft electronics. The vocals also emulate this subtle vibe, drawing on the crazy amounts of reverb and and slight pitch-shift harmony used in early Bon Iver. But, what feels fresh (though Iron and Wine-esque) is the use of bare strings in this album. The lovely violin, bass, and cello sounds vibrated my chest cavity and made me feel a longing for childhood playtime in the woods. “Curls” in particular cranks up this reverby, stringy, nostalgic feel. Gotta love that technical guitar thrown in there too.

Another noteworthy attribute of this album is its use of harmony. Like the sprouting of a flower, to its opening to its wilt, the album goes through different progressions and transitions that feel like a harmonious story. I love the soothing, bird-sound-enhanced, instrumental interludes between different themes. They tie the very separate styles of “Before” and “Quarters” together in a way that seems seamless. It makes you wonder what Bibio’s process was: “You know, I want a song that is bass-heavy and growly like “Elephant” on Lonerism, and a spellbinding drifty tune like a sappy Iron and Wine song in the same album. That will work.” (and surprisingly, it does!!)

The height of the album’s power happens at track 12 with “Old Graffiti”, a lonesome boppy reverby yeller with some sick electric boopy keys. This track builds and builds and builds making the listener feel the wistful themes in a rising emotional package; however, the track simply fades out, leaving a lot of tension that is left unresolved by the fade-in of “Patchouli May.” This may be my one biggest gripe about the album: this transition strikes me as jarring beyond intent.

All in all, the album rocks my socks with its variety and beautiful strings accompanying natural sounds, but (if you haven’t noticed by all of my references to other bands) left me thinking of the songs in relation to other artists. I am not saying it totally lacks originality, but it lacks the extra zap that prevents people from saying “that sounds like XYZ”. Still, I plan to keep coming back to this album, and I already have listened to it more times than I care to count.