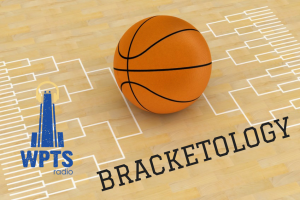 After a rough start to the season that featured two losses in the first five games, Marquette has hit its stride as of late, earning three top-15 wins in December, most recently topping previously unbeaten Buffalo 103-85.  The Golden Eagles are led by star guard Markus Howard who, at just 5’11”, is sixth in the nation in scoring with two 45-point games to his name this season. After a highly successful non-conference campaign and a disappointing start for Villanova, Marquette opens conference play as the frontrunner in the Big East.

The Wolfpack cruised through a fairly easy non-conference schedule, falling only to Wisconsin on the road in late November.  They proceeded to rattle off five straight wins highlighted by a home victory over #7 Auburn that handed the Tigers just their second defeat of the year.  Kevin Keatts has exceeded all expectations in just his second year at the helm in Raleigh. The Wolfpack will finish in the top half of the ACC and are in great position to make the field if their success continues.

Houston certainly looks like the team to beat in the American.  It’s a program that’s made consistent, gradual, year-by-year improvements as of late and is now atop the conference after just five years as a member of the league.  The Cougars boast non-conference wins over Oregon, LSU, Saint Louis, and Utah State. As the best team in the American, they’ve got a solid chance to finish the year with less than five losses and a top 16 overall seed.

The Sun Devils deserve all the attention here as the only ranked team in the Pac-12.  They lost what should have been an easy one against Vanderbilt, only to follow it up with an upset victory over #1 Kansas, handing the Jayhawks their first loss of the year.  Arizona State enters conference play with a resume that already features wins over Mississippi State and Kansas, two teams that will likely find themselves in the bracket come March.  The rest of the Pac-12 will surely be gunning for the Sun Devils, but it’s a great position to be in nonetheless.