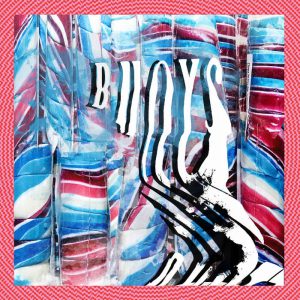 For an artist often cited as the innovator of chillwave, one would come to expect relaxing listens from Panda Bear, the solo project of Animal Collective member Noah Lennox. But for him, the 2010s have been a decade marked by an interest in poppy repetition and breakbeats: releases like Panda Bear Meets the Grim Reaper, AnCo’s Painting With, and last year’s A Day with the Homies are dominated by samplers, drum machines, and more generally, synthetic sounds. The latter of those releases dialed back the maximalism brought out by Sonic Boom (Spacemen 3), who produced his prior two LPs. On Homies, Noah’s trademark vocal harmonies were much sparser, and the songs themselves only composed of crushing bass, static-y hi-hats, and a Legend of Zelda sample. Buoys applies a similar minimalist approach, but instead of sweaty, pulsating house music, it takes the form of psychedelic folk carefully spun with a love for dub and current pop production tropes, for perhaps his chillest work yet.

This release maintains the spacious freedom of his last folk explorations, Sung Tongs and Young Prayer (both 2004), but past that creative spirit it is a different animal completely. In accordance with the dub music Noah has paid tribute to countless times over his career, the simple guitar parts are recorded with mostly on-beat strums then delayed into infinity, crafting a hazy, psychedelic ground for his simple singing to trod on. Blips of Auto-Tune interject these lonesome, easy-going vocal lines in a jarring yet beautiful way. The blissfully produced guitar and nomadic vocal pitch shifts mesh with prominent water sounds as the LP’s foundation, promoting each song from the sum of its separate melodic ideas to softly colliding morsels in a lava lamp, a soft glow diffusing from each of their edges.

The hints of melodica and water noise sprinkled throughout Buoys make it feel tropical; however, the discernible lyrical fragments feel lamenting, and the (tenuously) trap-influenced drum parts, hollow… painting the album as more of a hyper-modern paradise lost more than anything else. Though the collage-esque lyrics smudge any obvious meaning the songs may have once had, Noah’s emotional performances shine through, providing a clear compass for the headspace each track occupies. Overall, Panda Bear kills it here with another departure from a sound that was already a departure from a different departure before it. In Pitchfork’s opinion, liking Animal Collective is not really cool anymore, but each member is giving us evidence every year that it is.