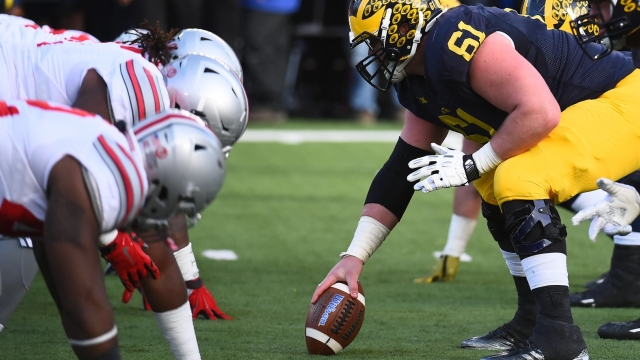 ACC
Coastal Chaos reigns again, as two ranked ACC Coastal teams were knocked off by unranked teams in Week 7. Virginia Tech faltered on the road against Syracuse after their big win against UNC a week earlier, as the Orange picked up their first conference win of the season. Miami joined the Hokies in misery, getting upset by UNC and suffering their second loss in a row. UNC is now in the driver’s seat for the Coastal title, but Pitt, who won their third straight after beating Virginia, still has a chance, along with Virginia Tech and Miami. Meanwhile in the Atlantic, Clemson stayed perfect after beating NC State, while Louisville is still hanging around by beating Duke.

Big 10
The Big 10 furthered their claim of the best conference in the country, as they continue to boast three unbeaten teams: Ohio State, Nebraska and Michigan. Ohio State was down early, but rallied to beat Wisconsin in overtime to notch their 20th straight road win. Nebraska has been the surprise of the season, after a mediocre season last year, the Huskers are now 6-0 overall, and 3-0 in the Big 10 after beating Indiana. Michigan had their bye week, but are looking to make themselves 7-0 against Illinois this Saturday. On the other side of things, Michigan State continues to have a disappointing season, falling to 2-4 after losing to Northwestern, and Rutgers cannot stop the bleeding, losing 24-7 to Illinois.

Big 12
The Big 12 also boasts multiple unbeaten teams in Baylor and West Virginia. The Bears blew out Kansas to improve to 6-0, while the Mountaineers held Texas Tech’s high powered offense to a modest 17 points. Oklahoma is still undefeated in conference play, and in the thick of the Big 12 title race, after beating Kansas State, but their two OOC losses early in the season will come back to haunt them when playoff selection time comes. At this point it looks like the Big 12’s only chance at having a playoff team is for Baylor to win out, but to do that they’ll need road wins over Oklahoma, Texas, and West Virginia.

Pac 12
The Pac-12’s lone undefeated team, Washington, had a bye week, but that didn’t stop the West Coast from having some thrillers. Utah scored a late touchdown to fend off Oregon State, and stay atop of the Pac-12 South. Colorado is on the Utes tail, blowing out Arizona State 40-16, en route to their 3rd conference victory. Colorado and Utah will face off in the last week of the regular season in a game that could very well decide the South division. In the North division, the Huskies seemingly have a solid grip, but Washington State is keeping themselves in the conversation, beating UCLA to stay perfect in conference.

SEC
Right now, the SEC is essentially Alabama and Friends. The Crimson Tide rolled to their seventh straight victory, beating Tennessee in a game that was never really close. The Vols shot out to a 5-0 start on the season, but have now seen their luck run out, losing two straight conference games. Alabama will have another test with Texas A&M next week, as the Aggies come off of a bye week. Florida and LSU did what they were supposed to, defeating Missouri and Southern Mississippi, respectively. Arkansas and Vanderbilt pulled off upsets, with the Hogs defeating Ole Miss at home, while Vandy got the win over Georgia on the road. Finally, Mississippi State lost a double OT thriller against BYU, as the Bulldogs now fall to 2-4 on the season.