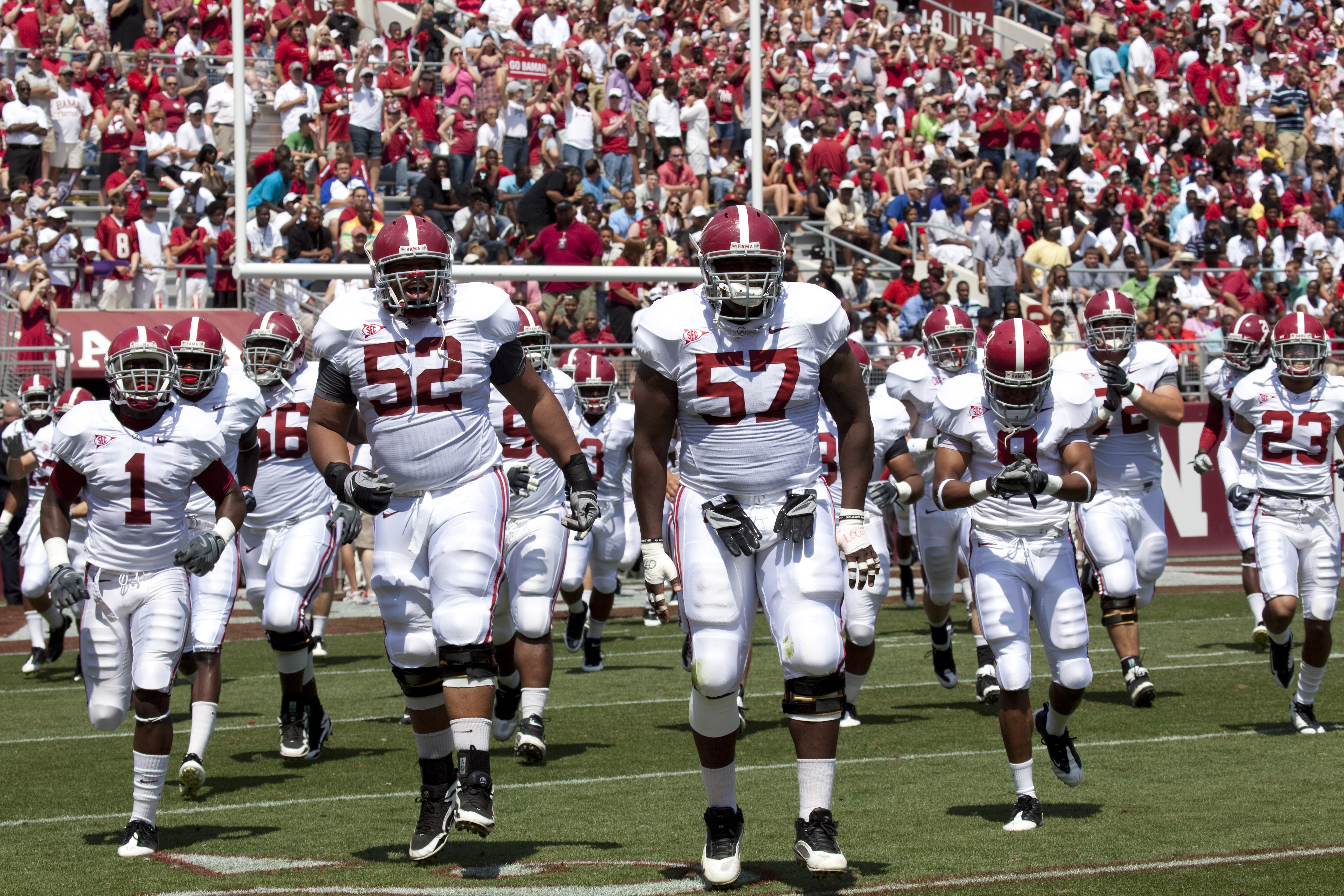 Well, here we are again. After everything seemed clear and straightforward, the college football world was absolutely flipped upside down in Week 11. Alabama, Clemson, Michigan, and Washington were set to be the top four teams that would compete in the College Football Playoff. But the chaos of college football can never be predicted. And it happened in full force on Saturday night. For the first time since 1985, the 2nd, 3rd, and 4th ranked teams all lost on the same day.

HOT:
Louisville (9-1, 7-1):
The Cardinals have been outstanding all year. Lamar Jackson seems to be a lock for the Heisman trophy and has led Louisville to a 9-1 start. Louisville is likely to find a spot in the top four this week after Clemson, Michigan, and Washington all went down. However, Clemson still has the head-to-head advantage between these two which could be crucial as we reach the end of the season. The Tigers will likely represent the ACC Atlantic in the conference championship game which gives them another edge over Louisville. We could see two ACC teams get in, but Clemson is the top choice. But if Louisville wins out, which they should, it’s going to be very hard for the committee to leave them out.

USC (7-3, 6-2):
Ever since Sam Darnold took over the quarterback role this Trojans team has been absolutely unstoppable. They picked up a huge win over #4 Washington on Saturday night handing them their first loss of the year and removing them from the top spot in the Pac-12 North. It’s a shame USC picked up three early losses this season because they really are a completely different team at this point in the year with Darnold under center. But a three-loss team out of the Pac-12 doesn’t stand a chance to make the College Football Playoff, despite their recent success.

Washington State (8-2, 7-0):
Washington State has very quietly soared to the top of the Pac-12 North. They opened the year with two bad losses to Eastern Washington and Boise State but have won eight in a row since then. Unfortunately, none of those wins were quality in the slightest bit, which is why the Cougars still sit so far back in the polls. The real tests for this group will come in the last two weeks of the season as they take on Colorado on the road before coming home to take on Washington in a game that should decide the north division. It’s a long shot, but the Cougars still have a chance to crack the top four by the season’s end.

NOT:
Washington (9-1, 6-1):
The Huskies knew it was going to be a difficult game with the Trojans on Saturday night. Unfortunately, USC is the toughest opponent on Washington’s schedule along with Washington State and this was a game where they needed a win big time. Washington’s only decent win so far is a road victory over Utah by a touchdown. Outside of that, there is nothing but blowouts over bad Pac-12 teams that says Washington should be in the top four. Clemson and Michigan have an edge because they have solid wins in much better leagues. The Huskies, however, are going to need a lot of help to reach the playoff.

Texas A&M (7-3, 4-3):
Texas A&M fell for the second straight week after entering the College Football Playoff rankings in the #4 spot. Consecutive bad losses to Mississippi State and Ole Miss could send this team into the 20s, maybe even out of the top 25. After these two surprising results, the Aggies have no chance of reaching the playoff this year.

Auburn (7-3, 5-2):
Auburn is another squad who likely eliminated themselves this week with a third loss. The Tigers had an opportunity to sneak into the top four if they had performed well through the last few weeks of the season and shocked Alabama in the final week of play, but there is no hope left now. The Tigers should fall out of the top ten after a 13-7 defeat to Georgia.

SLEEPER:
LSU (6-3, 4-2):
LSU was disrespected in the rankings this past week. They played Alabama better than any team has this season in a 10-0 loss, and they still fell 11 spots. They bounced back from last week’s disappointing result with an impressive 38-10 win over #25 Arkansas. Similar to USC, LSU is another team who struggled early on but is now playing very good football. However, also like the Trojans, the three losses are an insurmountable obstacle in terms of playoff hopes.

It will be very interesting to see what the committee does this week. Alabama is the clear-cut number one team as they picked up another easy win, but after that it’s a toss-up. Ohio State will probably slide up to #2 after the losses from Clemson, Michigan, and Washington. Because the Tigers defeated Louisville earlier this season, they may only fall back to #3, one spot ahead of the Cardinals. Michigan doesn’t slide too much as they only lost by a point to a solid Iowa team, and they’ve proven throughout the year that they are an elite team in college football. Wisconsin, Oklahoma, Penn State, and West Virginia move up with some help from the losses of Texas A&M and Auburn, while Washington falls to #8.

Lamar Jackson remains in the top spot, and at this point it doesn’t look like anyone’s catching him. The playoff looked fairly solidified too and look what happened to that. Nonetheless, Jackson hasn’t showed any signs of bad play this year and should be a lock for the trophy. Barrett slides in at #2 after Jabrill Peppers struggled against Iowa and Browning against USC. It’s a good thing Lamar Jackson is so far ahead of the rest of the pack, because the 2 through 7 spots in this race are a blur. J.T. Barrett, Jake Browning, Jabrill Peppers, Deshaun Watson, Baker Mayfield, and Jalen Hurts are all right in the mix.