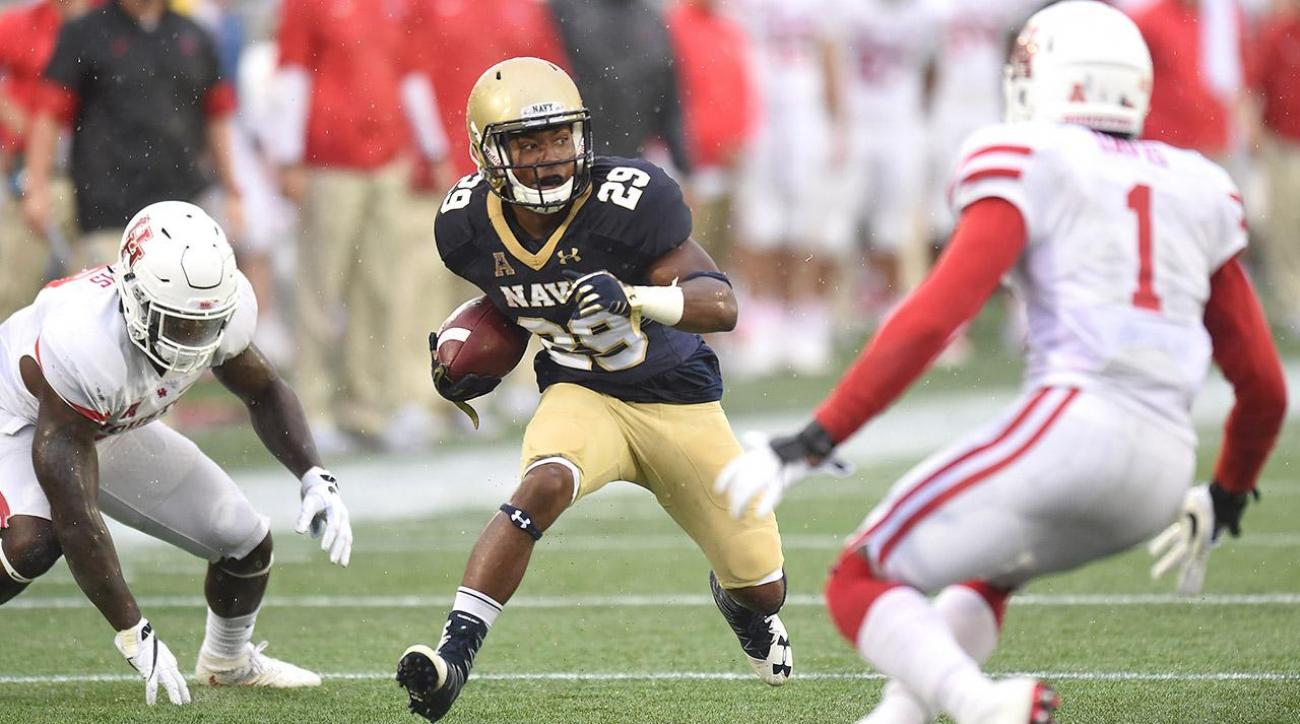 ACC
Pitt 37- Georgia Tech 34
The Panthers notched their first conference victory over the year with a win over Georgia Tech on homecoming weekend, while wearing vintage throwback jerseys for the occasion. This is the fifth game in a row for Pitt that has been decided by one score or less, with Chris Blewitt knocking in a field goal as time expired. Georgia Tech couldn’t contain Pitt’s versatile run attack, which featured eight different ball carriers who combined for 215 yards on the ground. The Panthers had trouble defending the triple option, but had a key 4th down stop at the end of the game to set up the Blewitt field goal. The Yellow Jackets fall to 3-3 on the year, with all three losses coming in conference games.

Virginia Tech 34- North Carolina 3
The Hokies rattled off their third straight win, and their most impressive to date upsetting #17 North Carolina. Tech is now 4-1 and look like they can make a legitimate run at a coastal title in Justin Fuente’s first year as head coach. North Carolina, now 4-2, struggled to throw the ball with the poor weather conditions and didn’t have much better luck in the run game with star half back Elijah Hood sidelined for the game.

Clemson 56- Boston College 10
The Tigers stayed perfect with a blowout win over Boston College. The Eagles couldn’t stop Clemson’s pass attack, allowing four passing touchdowns from Deshaun Watson, and had an even tougher time defending the run game, with Clemson running back Wayne Gallman running for 109 yards on only 9 attempts for a gaudy 12.1 yards per carry. This is Boston College’s third loss in ACC play, and they are yet to beat a P5 team this year.

Florida State 20- Miami 19
Florida State bounced back after losing two out of their last three with a win over in state rival Miami. Miami suffered their first loss of the season after shooting all the way up to #10 in the AP poll after starting the season 4-0. Freshman quarterback Deondre Francois threw for 234 yards and two touchdowns, and Heisman hopeful Dalvin Cook put up 150 yards on the ground for the Seminoles, but in the end the difference maker was a missed extra point by Miami. Miami will look to bounce back against North Carolina next week, while Florida State takes on Wake Forest.

NC State 10- Notre Dame 3
Notre Dame’s nightmare season continued on Saturday with a loss to NC State in the midst of Hurricane Andrew. It was an ugly game all around with the two teams combining for 10 fumbles on the day, but the Wolfpack managed to edge out the Irish with a late 4th quarter touchdown drive. NC State will have their biggest test of the year next week, playing on the road against #3 Clemson, while Notre Dame will try to get their season on track against #15 Stanford.

Big 10
Michigan 78- Rutgers 0
#4 Michigan absolutely demolished Rutgers, with the Scarlet Knights failing to even pick up a first down the entire game. Michigan improves to a perfect 6-0 and will get a bye week before taking on Illinois on the 22nd. After the embarrassing loss, Rutgers has now been outscored 150-7 in their last three games, all of which were conference games, and dropped to 2-4 on the season.

Ohio State 38- Indiana 17
#2 Ohio State continues their strong start, notching their 5th win of the year, despite J.T. Barrett’s struggles throwing the ball. Barrett went only 9/21 through the air, compiling just 93 yards. However, the Buckeyes’ run attack more than picked up the slack, putting up 290 yards and four touchdowns allowing OSU to cruise to an easy win over the Hoosiers.

SEC
Alabama 49- Arkansas 30
Alabama continues to prove why they are the #1 team in the nation, picking up their third win of the season over #16 Arkansas. Freshman Quarterback Jalen Hurts continued his impressive start as well, throwing for two touchdowns, and adding another two on the ground. Arkansas Quarterback Austin Allen was impressive at times, torching the Crimson Tide secondary for 400 yards, but was prone to error, throwing three interceptions.

Texas A&M 45- Tennesse 38
The Volunteers luck ran out on Saturday, losing in a double overtime thriller to Texas A&M. Tennessee quarterback Joshua Dobbs threw for nearly 400 yards, but also had an interception at the end of the second overtime to end the game. Despite the loss, the Vols are still the favorite in the SEC East, but will have another tough test next week when they host Alabama. The Aggies stay undefeated, despite inconsistent play from quarterback Trevor Knight. Knight threw two interceptions, but ran the ball effectively for 110 yards and three scores, adding to Trayveon Williams’ big day, who went for 217 yards on the ground.

Big 12
Oklahoma 45- Texas 40
The Red River Shootout lived up to its name on Saturday with Texas and Oklahoma combining for 85 points. Oklahoma’s offense was unstoppable, putting up 672 total yards, 410 of which were courtesy of quarterback Baker Mayfield. Oklahoma has struggled this year with a tough schedule, losing to Houston and Ohio State, but are now 2-0 in conference games with their win over the Longhorns. Texas suffered their third loss in a row, with Head Coach Charlie Strong’s seat getting warmer by the minute. Texas should be able to bounce back in the next two weeks with games against Iowa State and Kansas State, but if Texas doesn’t close the season strong, there will likely be a new face in Austin next year.

Pac 12
Washington 70- Oregon 21
Washington looks more dominant with every passing week, following up their beatdown of Stanford last week with a blowout win over rival Oregon. The Huskies are now 6-0, and are exceeding the hype they received in the off season. Quarterback Jake Browning had a near perfect game, completing 22/28 passes for 304 yards and six touchdowns, which was backed up by a run game that put up 378 yards and 4 touchdowns. Oregon’s season continues to spiral out of control, losing their fourth straight game, and are now in the basement of the Pac-12 North. Don’t be surprised if the Ducks are looking for a new head coach at the end of the year.

Washington State 42- Stanford 16
The Cougars have been the most up and down team in college football thus far this year. They stumbled out of the gate, losing their first two games to FCS Eastern Washington, and G5 Boise State, but have now rattled off three straight wins, including two over conference foes Oregon and Stanford. The Cougars mostly hurt Stanford through the air, throwing for 357 yards and four touchdowns, but their run game was also solid, accumulating 101 yards and two scores. Stanford lost star player Christian McCaffrey in the second half, but he was mostly a non factor in the first half as well, rushing for only 35 yards. The Cardinal started the season strong, but have now dropped two straight in conference play.

AAC
Navy 46- Houston 40
In the matchup of AAC teams that have embarrassed Pitt in bowl games, Navy pulled off the huge upset knocking off #6 Houston. Houston had trouble defending the triple option, allowing nearly 400 yards of offense, and were hurt by Greg Ward’s three turnovers. With the loss, the G5’s hopes of sending a team to the playoffs are just about dashed, despite Houston’s fantastic start to the season. Although, if Houston wins out, they will most likely make their second straight NY6 bowl game.