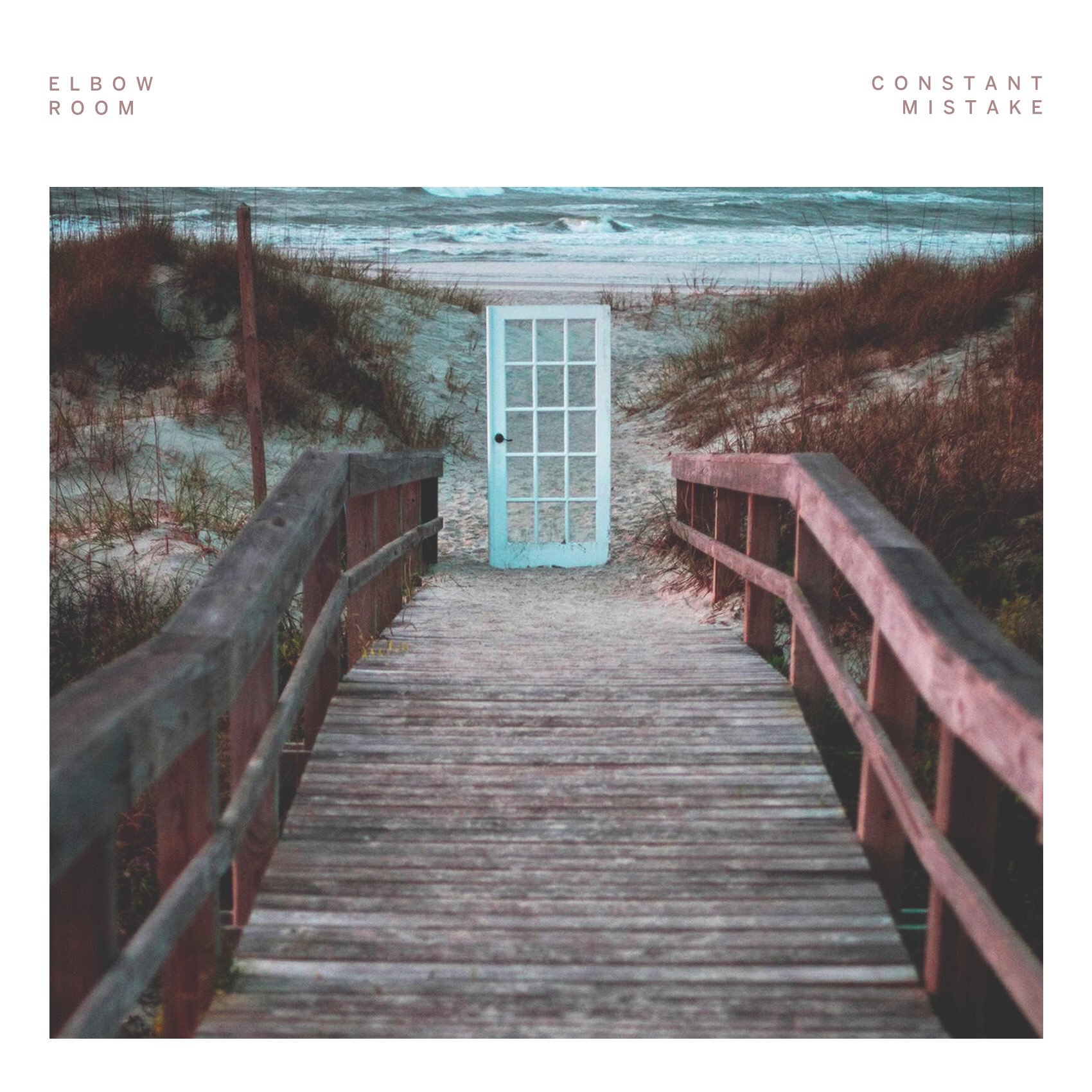 Cleveland, Ohio has been, for a few years now, one of my favorite places to go for smaller concerts. Almost every time I attend a show there, I hear a new band that pulls me in with their music. The latest band to do this was the three piece punk band Elbow Room. The band formed rather recently, only about a year and a half ago, and is made up of Spencer Fetcko on vocals and bass, Ben Scott on guitar and vocals, and Scott Drazdik on drums. Since then, they have released two EPs, Skyrocket, and more recently, Constant Mistake. Their latest EP features a heavier sound and a more aggressive vibe than their first release. This shift has paid off; of Constant Mistake’s five tracks, two of them have over 15,000 more plays than any their past material. The tracks “A Memory” and “Sinking” have been featured on some of Spotify’s own playlists such as “The Scene” and “Pop Punk’s Not Dead.” This robust EP provides listeners with a full story within the short track listing that follows the theme of its title.

This robust EP provides listeners with a full story within the short track listing that follows the theme of its title.

I first heard of Elbow Room at a show at Mahall’s 20 Lanes, a venue in a Lakewood, Oh, suburb of Cleveland. I kept missing their shows in their hometown, but they soon played a show closer to home at Erie, Pa’s one and only small concert venue, Basement Transmissions. They performed to a crowd of about 25 people. Despite suffering technical difficulties due to the venue, the set was good. Since then, I have been following their releases and waiting to see them at a venue that would be able to provide a better technical setup.

The EP kicks off with “Sinking;” an instantly catchy track. It captures the feeling of drowning and falling away from everyone you once knew along with the difficulties that accompany this. It is a fast-paced song with lyrics that one can connect to easily. Another favorite of mine is “Neverafter.” which continues with the EP’s theme of mistakes. It describes a person finally saying no to a relationship that has done nothing but cause pain. The EP provides a cohesive experience that follows a person as they realize they do not have to stay stuck in the rut of making the same mistakes and suffering because of them, which can be seen from the titles of the songs themselves. “Sinking,” describes the realization of one’s ability to change, while the middle tracks, “Neverafter” and “On My Own” establish the struggle and breaking free from a toxic pattern. “A Memory,” brings the EP and the story to a close, which is summed up in the chorus as the Fetcko forcefully sings, “So now you’ll be a memory no longer here for me to see.” I felt connected to the story of the narrator who was followed throughout Constant Mistake as he grew and began to overcome the obstacles that stopped him in the past.

The self-produced Constant Mistake was mixed by Seth Henderson, the owner of Always Be Genius Studio. They have produced albums for notable names in the punk scene such as Sleep On It, Knuckle Puck, and Real Friends. I was disappointed by a lot of the albums released by well-established bands in the punk scene this year, but Elbow Room has given me hope for smaller, up-and-coming groups. Elbow Room’s passion and drive for creating music will take them far.

You can listen to “Constant Mistake” below: