“Dance on the Blacktop” by Nothing – Review 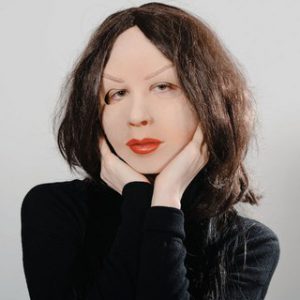 Dance on the Blacktop is the third LP by the shoegaze band Nothing. Released only two years following their last LP, Nothing is proving to be a prolific group. With Dance on the Blacktop, the band keeps a more streamlined approach to the songwriting, with straightforward tracks thatattempt to put the listener in a trance-like mood.

The album opens with “Zero Day” and “Blue Line Baby,” two songs that remind me much of their first album. They feature heavy drums and airy vocals, tied together by reverb-heavy guitars. Besides some beautiful, soft guitar work at the start of “Blue Line Baby,” there is not much to note for these two tracks. They bring nothing new to the band’s sound, and the melodies of the lead guitar and vocals are quickly forgotten. “You Wind Me Up” follows, giving us a different look at the band. The song sounds more upbeat, featuring a catchy chorus led by the prominent vocal melody.

“Plastic Migraine” is up next. This is one of the better songs on the record I think, and it does a nice job of creating the dream-like feeling that Nothing is known for. The song is slower in tempo than the previous track, but it still keeps things moving and makes me sway a bit to the music. On “Us/We/Are,” I can hear a bit of the band’s hardcore roots, and “Hail on Palace Pier” compliments this with a more spacious, indie sound. “I Hate the Flowers” reminds me of the first two tracks, not bringing much new to the table and lacking of memorable parts.

“The Carpenter’s Son,” spanning almost eight minutes in length, is my favorite track. The length allows the band to build slowly to create an atmosphere, and then let that sound breathe. This song feels so open and free. I wish the band would have gone more in this direction with their other songs, even those that are more heavy and straightforward. The album closes with “(Hope) Is Just Another Word with a Hole in It.” The song does a decent job at trying to stay engaging with its various dynamics, but it overall gives me the same stale feeling as previous tracks. I wish the album would have ended with “The Carpenter’s Son.”

The album is a nice listen overall, but I’m disappointed by several of the tracks that don’t seem to go anywhere or do much of anything unique. I think this album is a big step back for the band, who’s previous work seemed much more memorable and engaging. In the future, I hope the band is willing to take more risks and not fall back into a sound that is “safe” but stale.