On September 11th, Melbourne band Deaf Wish performed at Babyland with the Gotobeds and TRVSS. Afterwards, they were kind enough to step aside for an interview. We spoke with guitarist Jensen Tjhung and bassist Lee Parker. 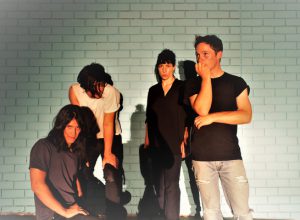 WPTS: You just released your fifth album, Lithium Zion. Did you expect to be doing music for this long and how long do you expect to keep going?

Jensen: When we started the band, I guess we’d all been in other bands, and the idea was to do something temporary that wasn’t going to last. We got each other in the room – it was a wild bunch of people – and we said “Let’s just do this. Let’s just record something, put it out on the CD-R, play two shows, and then that’s it.” It’s just a way of doing something. I tell you what, we broke our own rules.

WPTS: Are you happy that you broke your own rules?

Jensen: Well, you know, yeah, I am. I guess to make rules and break them is part of the process. To reinvent your rules – to learn and gain wisdom from making something – is important. We also kind of liked to do the dumbest thing we could think of. To keep going seemed dumb and to not keep going seemed dumb so it was like “Alright, what’s dumber? Let’s keep going, let’s do another record, let’s do records with other members of the band,” and so on. It was definitely starting from that one philosophy that led us to completely reinvent ourselves over and over. Whether it’s right or wrong, I don’t know how I’m going to look back on it. But we’re here talking to you, so I guess that’s pretty cool.

WPTS: You guys have different singers on most of your songs. When did you start deciding to do that and why?

Jensen: You know, that’s interesting too. We never decided, I guess that’s just how it was. We’ve put all these people together; what are we gonna do, who’s singing, who’s doing what? It never stopped shuffling around. It was never a conscious decision, it was just how we did things and it was never questioned. The only time we really thought about it was when people asked us about it. It just seemed natural that we all had the say and we all just pitch in, like a vocal jury.

WPTS: Do you think that plays into the identity of the band?

Lee: Oh yeah, I wouldn’t feel like a real member of this band if I didn’t start singing any songs. It’s weird when you got a band with really strong characters and so many, sort of, backgrounds. This band has meant a lot to me for that reason, and I like where it’s at now.

WPTS: How would you guys describe the songwriting process?

Jensen: The process is democratic in that sense. It gets ironed out with work and input. We all get in there and one person might have a lyric, or an idea, or a concept. The first song we wrote was “Green Flame” which is about burning a radio, and the guitar riff was made to sound like someone detuning a radio. So that sort of thing works for us. That’s how we communicate with our ideas. I guess that’s the process, but we can say “that’s shit” or “that sounds cool” and often we’re wrong. That’s what amazes me, you think you know what you’re doing or you know what it’s meant to be and you come back and it’s actually “that’s good and that’s shit.” You kinda have to do it to find out. We get in there and we flesh it out.

WPTS: What would you say is your favorite song on the new album?

Jensen: I got asked this the other day and I said Twomey’s one, “Afraid for You,” but I haven’t listened to it for a while. Now that we’re playing more, playing live what’s the best song?

Lee: I like playing Sarah’s song “Birthday” a lot because it’s got an emotional charge to it. I like that.

WPTS: Do you guys always describe your songs by who put the most into them, like you guys were saying “Sarah’s song”?

Jensen: It’s funny, we refer to them, I guess from this record, like that because that’s how we referred to them to each other.

Lee: It’s more the lyrics. I don’t think anyone is out to possess any of the songs, it’s just a way of referring to them.

WPTS: You mentioned the difference between studio and live. Do you prefer what you can do in studio or do you more prefer touring?

Jensen: I think we’re definitely a live band. We enjoy elements of the studio and making records in that you can manipulate things you can’t live, but I think our natural habitat is standing and pumping it out.

Lee: I think we’re still learning the studio, but we are getting better at it.

WPTS: So how do you go about growing into what you can do in the studio without losing the roots of why you started the band?

Jensen: You know what, if there’s one question I wish I could answer, it’s that. The roots of the band, or what you consider the roots or the truth or the real kernel of the idea, is something you can never grasp ahold of, I don’t think, and it’s something that has to evolve. Your work always has to evolve. But the idea of a band and what that group of people – what that entity – means, all that stuff. I don’t think you ever really figure it out. You’re so close to it, how can you? But by pushing yourself through it, by touring, by making records, you’re working on it. You might get the distance one day to maybe figure out what it was, but I’m not sure if you do. To think you know who you are is one thing and to act upon it is another thing and so forth. I think it’s only healthy to change your mind.

WPTS: What advice would you give to young bands starting out in this scene?

Jensen: I just don’t believe in advice. That’s the other thing, there’s nothing worse than some older guy telling someone young what to fucking do, like fuck that. Absolutely nothing man, everyone grows up, they just get in there and figure it out and do their own thing. What’s the point? That would be my answer. 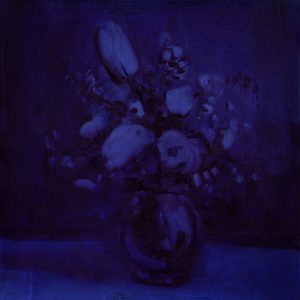 Deaf Wish released their fifth album, Lithium Zion, on July 27th, 2018. It is available for listening on Spotify, Youtube, Deezer, and Play Music, as well as on air at WPTS Radio.