“Domination Dotard”: What Does a Nuclear North Korea Mean for the Future? 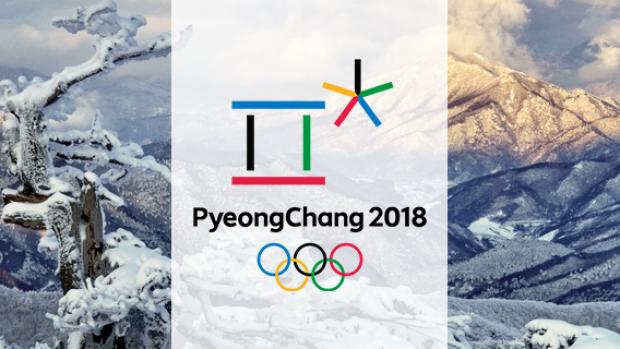 The Winter Olympics are ramping up to be one of the most interesting yet. Athletes from around the world are looking to make their mark on the world and make their country proud. With the goal of the Olympics to bridge the divide between countries and bring our world together, the games allow us all to learn more about our fellow man and to experience the joys of cooperation among nations.

This theme is particularly important this year, given the location of the games. Pyeongchang, South Korea, besides being a perfect location for winter sports, is also a province in one of the countries involved in the biggest foreign policy hotbeds of our generation, the North Korean Nuclear Crisis.

To truly understand the current day crisis, it’s important to recognize where the divide between North and South Korea comes from and why the issue is still relevant today. Following the Second World War and Japanese occupation, Korea was given independence by the Allied Powers. However, the Soviet Union occupied the northern area while the United States occupied the south.

This division in occupation, alongside the ramping tensions between the Soviet Union and the United States as a result of the Cold War, led to the official division of the original nation into two. One was led by a communist dictatorship, and the other by a capitalist democracy.

However, the United Nations only recognized the South Korean democratic government as legitimate, resulting in North Korea invading the south, kick-starting the Korean War in 1950. The war included North Korea and China against the United Nations, with the United States as the major participant alongside South Korea. Neither side was able to effectively defeat the other in combat, and by 1954, the two sides came together and decided that the two nations would remain separated.

Since then, tensions in the Korean peninsula have continued to stay hot, with the dictatorial regime of North Korea and the democratic government of South Korea wary of each other. While South Korea has typically relied on their alliance with the United States (alongside its own military) to deter North Korean aggression, North Korea has used its relationship with China to keep its own sovereignty in check.

Despite this, North Korea has constantly been searching for a better deterrent to prevent foreign interference with their regime’s agenda. During the 1950s and 1960s, the Soviet Union and North Korea worked closely together to try and develop nuclear technology in the country. However, this technology was strictly related to peaceful nuclear energy, which was ensured by an agreement between the two nations in the 1950s, according to the Nuclear Threat Initiative.

Progress on their program continued throughout the latter half of the 20th century. Once the 1980s ended, though, the movement to prevent nuclear proliferation and increase disarmament around the globe pushed for an agreement to be signed by both North Korea and South Korea known as the Joint Declaration on the Denuclearization of the Korean Continent. This declaration called on the two countries to stop the development or storage of any nuclear weapons. According to the Nuclear Threat Initiative, the agreement was accompanied by a promise by President George H.W. Bush to remove all nuclear weapons that the United States had in South Korea.

This agreement was put to the test in 1994, when the concern about North Korean production of plutonium and retaliation resulted in North Korea withdrawing from the NPT. This escalated to the point in which both countries threatened to punish the other country. Eventually, diffusion of the situation by former President Jimmy Carter resulted in North Korea accepting what is called the Agreed Framework to halt their nuclear program and receive oversight from an international watchdog.

For a decade, this seemed to work. However, the Bush administration in 2001 reviewed North Korean policy, and decided to work to implement harsher enforcement of the Agreed Framework and called for North Korea to lessen conventional military threats. This initiated talks between the two nations, which ended with the United States enforcing oil sanctions and North Korea resuming its work on its nuclear program in full force.

Since then, North Korea has continued to test its nuclear capability, and has made significant progress. According to the Washington Post in August of 2017, North Korea is capable of miniaturizing a nuclear warhead onto a ballistic missile. The question now is whether or not North Korea is capable of launching a warhead far enough to reach the US mainland. The BBC reported that experts do agree that a missile could reach Hawaii or Alaska.

With North Korea’s history of poor diplomatic relations with the United States, concern about their willingness to use nuclear arms against America are widespread throughout the country. These fears have increased as the nation’s young and new leader, Kim Jong Un, has made strong statements against the United States.

However, these statements have escalated as the United States newest president, Donald J. Trump, has worked to deal with the situation through strong statements criticizing North Korea. As some of his first tests as the leader of the free world, Trump responded to increased nuclear testing by North Korea by stating that he would rain “fire and fury” down on the country alongside personal insults to Kim Jong Un, calling him “Rocket Man.”

With these tensions rising between the two leaders, many are concerned about how the situation will play out, and whether the President or Kim Jong Un are willing to use nuclear weapons preemptively against the other.

The situation will likely require large amounts of de-escalation before a concrete and meaningful agreement can occur. It is likely possible that it will be impossible for North Korea to fully back down on its ownership of a nuclear arsenal, and the world moving forward may have to cope with the concept of North Korea remaining a nuclear power.

If that is the case, then it is all the more important to understand what motivates North Korea to continue expanding its nuclear program if we wish to come to some agreement with the nation. Most analysts believe that Kim Jong Un is interested most in maintaining his power as the nation’s supreme leader. With the country’s GDP per capita equaling about 584 US dollars, the average person living in North Korea is extremely destitute. If someone, like the United States, were to light the spark for regime change, the fire would likely engulf Un’s regime.

However, Kim could also interested in being a major power player on the foreign policy stage, both symbolically and politically. By having nuclear weapons, Kim Jong Un could influence policy by pressuring other countries into doing his bidding. His nuclear arsenal would also allow him to be seen as one of the most powerful leaders in the world, next to Xi Jinping or Donald Trump, according to the New York Times.

These considerations into what Kim Jong Un wants are the only way to truly figure out how to find common ground with the nation that may threaten world peace. This also is assuming that Kim Jong Un is a rational actor, who is interested in maintaining a status quo on the world stage. He could see his nuclear weapons as the best way to punish his enemies, rather than as a deterrent or a trump card. If this is the case, there is likely nothing that could encourage him to come to the negotiation table. Because of this, an air of uneasiness and confusion around the issue exists both in the public and throughout world governments.

However, despite the possible bleak outcomes that this issue could leave us in, there is hope that the problem could be resolved. At the Winter Olympics, both North Korean and South Korean athletes arrived at the Opening Ceremony under a united Korean flag. While this is a symbolic gesture, and will not replace diplomatic discussion, the agreement to have athletes of both countries come together shows a willingness, at the very least, to search for a more peaceful solution.

In any case, North Korea’s nuclear program will continue to be a defining issue of both the Trump presidency, and possibly of the century. The outcome of negotiations has the chance to affect future generations in unimaginable ways, and is probably one concern that every diplomatic organization and government needs to have on their mind at all times.