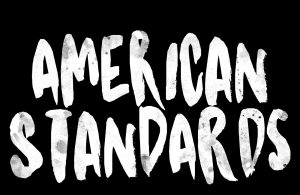 Our first featured artist is American Standards, a Phoenix, AZ based hardcore band. On May 18, 2018, the band released the music video for their newest track, “Weep.”

“Weep is really about a tough time that we went through as a band over the last couple years,” shares vocalist Brandon Kellum. “‘Weep’ was the first time Corey and I worked together so closely on the lyrics and the vocals, and what we wanted to do was write a song that shows the dichotomy between where you can be in your life and how that can dredge up the past.”

“We had just released this album Anti-Melody which we were all really proud of; we were out on the road touring, doing some of the best shows that we had ever done as a band over the last seven years, and there’d be these things that would trigger memories of stuff that had happened up to that point … [“Weep”] is really about battling that darkness and keeping those thoughts at bay.”

Brandon Kellum wanted to use this opportunity to show what he feels Arizona does best – having a wide variety of music.

We have so bands in different genres that are absolutely killing it in their style.”

The first song Brandon chose is “Postcard” by Sundressed. “[Sundressed] has huge hooks – very, very catchy.” Sundressed will be putting out a split EP with Nominee, due out June 8, 2018.

Up next is “You Can Be a Fascist Too” by Playboy Manbaby. “Such a fun band, an energetic live band – they seem to win over any crowd they play, and they play on such a wide range of shows. I really respect it when bands can go from playing with an indie band to a punk band or a metal band and somehow just win the respect of the crowd.”

“Terminal” by Lifelink is the third song. Close friends of American Standards, Lifelink is “killing it in the melodic hardcore genre.” The band has been touring relentlessly and has a really good DIY ethic. Lifelink’s drummer, Mike Cook, played for American Standards for awhile when they put out their Hungry Hands EP in 2014.

The final song Kellum chose – “Blemish” by Greyhaven – is not by an Arizona band, but the band is his current obsession. “They’ve only got two or three albums out, but in that time they’ve showed what a wide range of music they can play. So versatile, the singer has so much expression and personality in his voice, which I think is really cool for a screamer to be able to pull that off, and then go to clean vocals and just kind of kill it in everything they do.”

Just be open minded to different styles of music. If you base the band on the band itself and not the genre that’s attached to it, you might find something you really like that you wouldn’t have found otherwise.”

Check out the songs:

Listen to American Standards on Spotify or on bandcamp.

Check out the video for “Weep”:

Tune in to Double Trouble each week to hear from a featured artist, or check back at wptsradio.org the next day to catch up on what you missed.