“Down Below” by Tribulation – Review 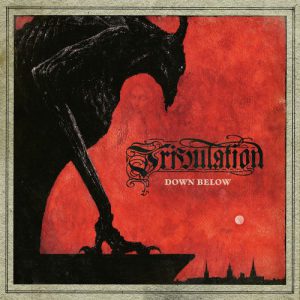 After 2015’s “The Children of the Night,” Tribulation had a lot of eyes on them for their next release. They came through with “Down Below.” Unlike their older death metal albums, “Down Below” follows in the trend of “Children of the Night,” seamlessly blending death metal and black metal with an overarching gothic feeling. The result is a unique record that keeps the sound that Tribulation has become known for. In many ways I think that this release is a more focused version of “Children of the Night.” A gothic feeling is present throughout the entire album, and helps to immerse the listener in a dreary atmosphere.

The album opens up with “The Lament,” one of the stronger songs on the album. It’s melodic but driving sound helps the listener to dive into Tribulation’s eerie style. The chorus is slower and fits well with the mood. Later in the album, tracks such as “Subterranea” help contribute to the gothic tone with the use of piano and synths. “The World” and “Here Be Dragons” feature building drums and anthemic choruses that make for a great close to the album.

All of the vocals on the album are in the harsh black-metal style but are very easy to understand. The guitars generally contrast, with one delivering a rhythmic riff underneath the other’s higher melodic notes. The drums are kept simple, but this works well since the album is more about atmosphere than aggression. Overall, the album capitalizes on bringing its unique blend of genres with gothic undertones. The memorable guitar melodies stand out and get better with each listen. I do wish that Tribulation would take some more risks on the album. The consistency of the song structure and writing style can get predictable. I hope that the band feels that they can take some more risks on the next release. Overall, the album makes for a great listen and does a great job of creating an atmosphere while blending different styles of music together. I would recommend it to all, including those who are already into metal music as well as those who have yet to listen to metal.