“An Ache For Distant Places” by Fernway – Review 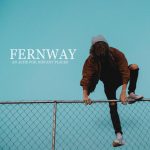 If you’re looking for some pop punk that isn’t super generic, Fernway’s debut EP An Ache For Distant Places is for you. The band recorded their EP in a studio built and created by their vocalist, who also acted as the engineer of this release. Despite being entirely DIY (guitarist Jonah Wrest books all their tours) and this being their first release, you wouldn’t know it from their sound. According to Wrest, the band “implements elements of jazz and various spectrums of music theory in order to obtain the alternative indie rock sound that [they] present.” The band’s knowledge of writing and recording is definitely noticeable: each instrument’s part feels necessary in each song. The guitars take on unexpected, captivating tones, working to connect the prominent vocals and backbeat provided by the bass and drums.

An Ache For Distant Places is a solid release, start to finish. The EP starts off with catchy guitar riffs in “Wishing Well,” a song that combines a variety of styles and sounds into one cohesive unit that flows perfectly into the second song “Bottled Up.” The third track, “Reflections,” was Fernway’s earliest release on Bandcamp, and is a solid centerpiece for the collection. “Headspace,” the lead single from this release, is the track that got me interested in this band: the instrumentation perfectly highlights the vocals, which deliver well-written, relatable lyrics. The last track, “Dead Weight,” is a perfect ending to An Ache For Distant Places. Both this track and “Headspace” have really solid bridges, with “Dead Weight” seeming to fade out about two-thirds of the way through, before coming back full-force for a strong ending to the track and the EP.

Overall, An Ache For Distant Places is a noteworthy first release, worthy of repeated listening. With amazing guitar work, interesting lyricism, and fantastic mixing, Fernway has joined my personal list of bands to watch. They have no announced tour dates at this time, but they do have a few upcoming, announced shows in Buffalo, New York. You can check out An Ache For Distant Places from Spotify below, and playing on WPTS Radio.

This article was written by Stevie Priller. You can check out their radio show Double Trouble on Tuesday nights on WPTS (@DoubleTroubleFM on twitter). This review was edited by Spencer Smith of the WPTS Editorial Board.