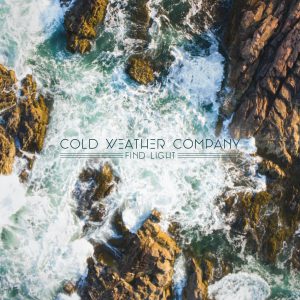 In a year where five of my favorite artists are scheduled to release music in late January and February, it would have to take a very special album to distract me from them entirely. Despite the tall order, Cold Weather Company’s Find Light has managed not only to take center stage in my focus, but also to set the bar very high for the rest of 2019.

Find Light is the third album by the New Jersey trio, comprised of Steve Shimchick, Brian Curry, and Jeff Petescia. Their first two albums were comparatively sparse affairs that were limited to two core guitars and a piano that serve as the fundamental instrumentation. For this release, however, they enlisted friends to add trumpet, saxophone, flute, clarinet, percussion, bass, violin, and cello to create a much richer soundscape. When a band changes its sound for the first time, it can result in a very disjointed album as they force themselves to take advantage of the new possibilities and dramatically change their songwriting as a result. Cold Weather Company were aware of this risk, but instead saw it as an opportunity for growth, with Curry saying:

“We were still writing as a trio, and we realized that extra instrumentation didn’t dictate our sound — instead it allowed us to explore the full potential of our music. While I always loved purely acoustic music, I started hearing all of my favorite artists experimenting with new approaches and growing their sounds — I realized there are no rules — no ‘purity.’ Music is music, and sonic growth and exploration is essential to artists.”

These three are undoubtedly talented songwriters, and it is inspiring to see them approach what they do with such a tangible passion. It can be felt in every song and every time they talk about their art. Their intense passion can be seen best through the way that each member’s very different styles are incorporated together throughout the album. Folk, jam rock, classical music, and indie rock influences can all be heard, but the writing is so tight that these disparate threads come together and build each other up very cohesively rather pull each other apart from each direction. This collaborative approach – combined with a mindset of reaching their potential rather than reshaping their sound – crafted a mold that allows Find Light to be exceptional from start to finish.

Each member of Cold Weather Company gets a chance to sing before the album is finished, and all of them are very talented vocalists. In having three possible leads, they are able to match their vocal styles to the songs at hand. This capability is partnered with soaring melodies and clever lyrics to create songs that are both incredibly catchy and anthemic. The best example of this is the song “Do No Harm,” which is the overall stand out track from a stand out album. It includes a breakdown of the word “lose” as an acronym, but take the liberty of not forcing the key letter to be the beginning of the first word in the phrase. This allows for the phrases to be delivered in a much more fluid manner without compromising the nature of the lyrical concept. 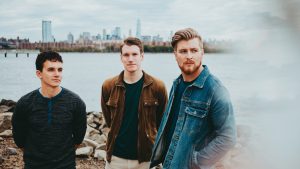 Despite the strength of the vocals and lyricism, Find Light is carried mostly by the instruments beneath. From the clever usage of horns on “Pocket” to the brilliant piano accompanying the chorus on the following “The Things You Saw,” there were so many pieces that just blew me away. One of the most impressive songs on this side is “Reclamation,” with its booming percussion, guitar and piano interplay, along with the song building up to include both horns and strings at the climax. The steady growth of the instrumentation on this song is perhaps the best indicator of the growth that Cold Weather Company has undergone in the creation of this album as they incorporate more tools to improve what was already good.

At multiple points over the course of the first fifteen songs, I thought to myself that I would love to hear an instrumental version of Find Light in addition to the full release. It seems like the band was aware that people would want such a thing, though, as the final track on the album is a largely instrumental reprisal of “Do No Harm.” To hear the best song on the album again ten songs later – stripped of the melody until the very end and giving you those lush strings one last time – is the best way that the album could possibly have concluded.

Final Thoughts: Find Light is an exceptional album that sets a high bar for the rest of the year.