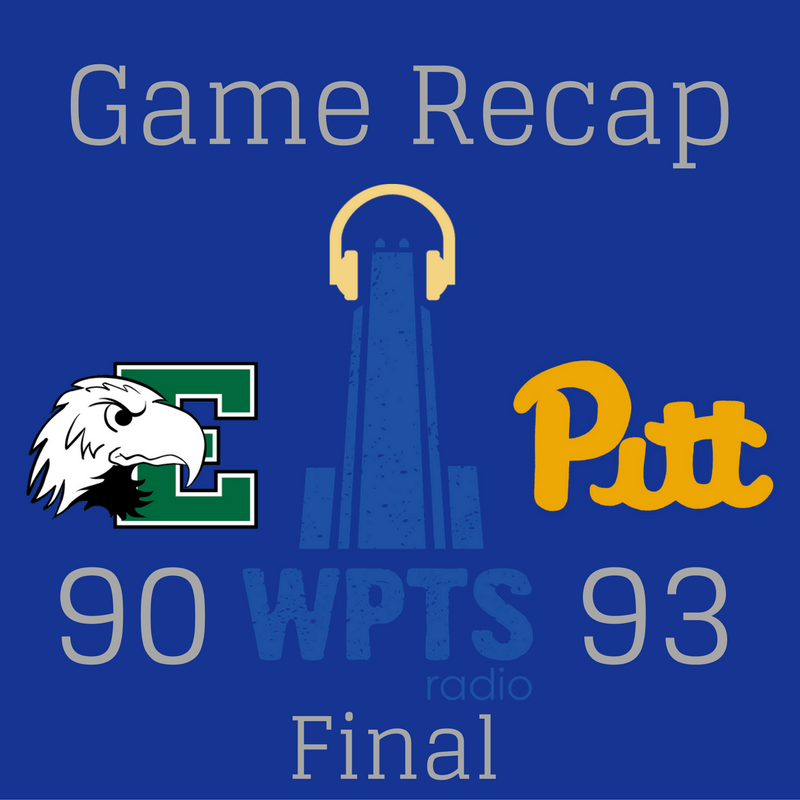 Eastern Michigan took on the University of Pittsburgh in some MACtion in the home opener for Pitt. The Panthers took an early 4-2 lead off two Michael Young jumpers and never trailed again for the first half. Eastern Michigan was up for the challenge however, and made sure to keep it close. The score stayed at 6-6 for almost two minutes before Jamel Artis broke the deadlock with a 3 to make it 6-9. A gritty first half saw Eastern Michigan keep it close throughout, as they got several second opportunity shots from offensive rebounds. EMU’s Jordan Nobles hit a 3 with 3:45 left in the first half to pull them within four, the score 29-33. Pitt ended the half on a 7-0 run which saw them go into the interval with a 40-31 lead. The second half saw most of the same. Pitt was unable to pull away, even though they led the game by as much as 12 with 6:53 left in the game. Eastern Michigan went on a 10-0 run in less than two minutes to make the score 62-64 Pitt. EMU guard Ty Toney made a layup near the end of the second half to tie the game 72-72, leaving Pitt one second to work with. They were unable to hit and the game went into overtime. The first overtime period was nothing short of thrilling with teams trading baskets. Jamel Artis made one out of two free throws to tie the game 83-83 with 32 seconds left. No one could capitalize afterwards and the game went into a second overtime. Pitt took an 87-85 lead with 3:22 left in the second overtime thanks to a Sheldon Jeter jump shot and never looked back. Ray Lee hit a wild three-point shot for EMU to bring them within one point of Pitt 90-91, but Jamel Artis sealed the game with two clutch free throws and cement a final score of 93-90. Pitt’s next challenge is Gardner-Webb at home on Monday, while Eastern Michigan travels to SMU on Sunday.