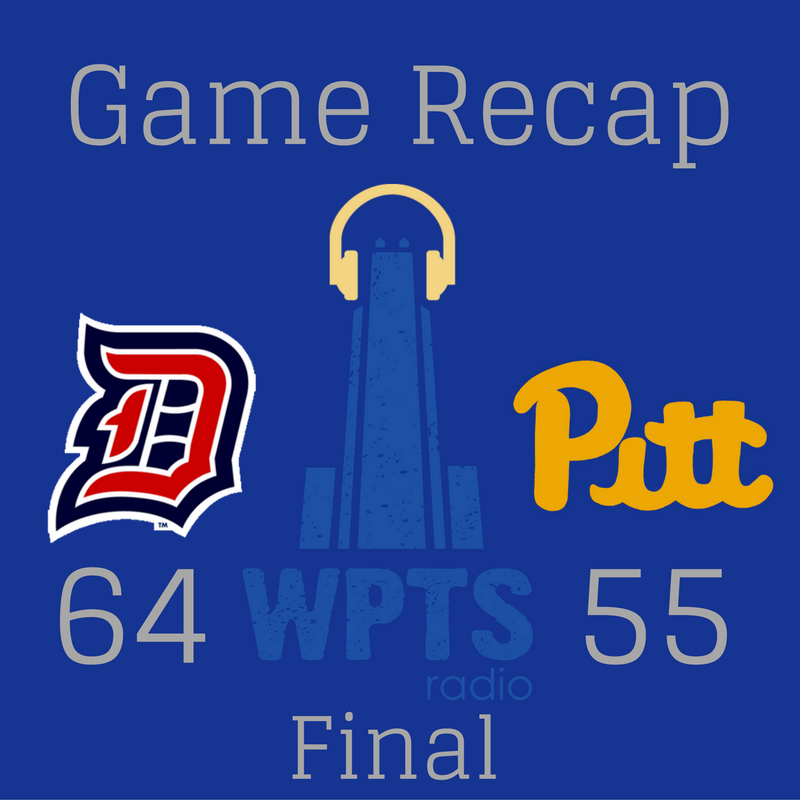 In a sloppy heartbreaker, the Pitt Panthers dropped the 85th annual City Game to the Duquesne Dukes 62-53. This was the first win for Duquesne in the City Game in 15 years. The win for the 4-5 Dukes was widely unexpected and especially surprising to a now 6-2 Pitt team coming off of a great win against the Terrapins of Maryland on Tuesday.

The first half was sloppy and consisted of lots of missed opportunities for the Panthers to break the game open. Both teams combined to shoot a dizzying 25-57 in a half that saw Pittsburgh struggle to find any consistent rhythm with their support players struggling and Jamel Artis, starting PG, out for a team related infraction. Both teams’ best players, F Michael Young and G Emile Blackman led their teams with 27 and 11 points respectively.

The second half enjoyed a bit of a faster pace, but both teams continued to struggle to find a foothold within the game. Duquesne jumped out to an eight point lead earlier in the half and never relinquished the lead they built, as they kept the pressure on a Panthers team that couldn’t buy a bucket if they wanted to. Cam Johnson (5-16 from the field, 14 points) struggled through both halves but missed a bunch of big shots, as did Young and Jones, down the stretch of a game that Pitt never seemed ready to play.