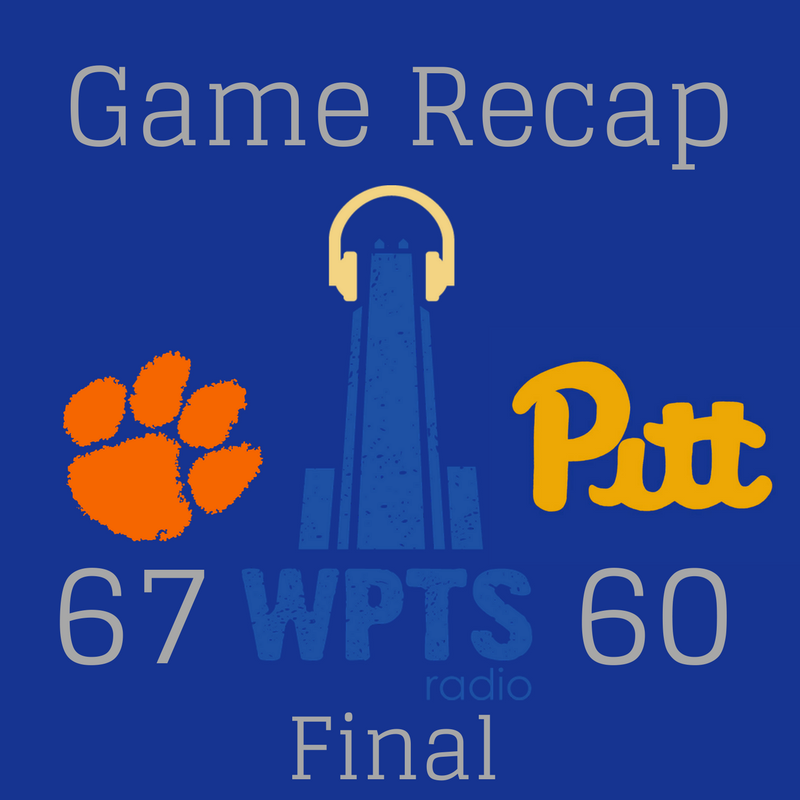 After losing their last two home games by a combined 81 points, Pitt was in desperate need of a win against Clemson. Things didn’t start out well for the Panthers, as Clemson star Jaron Blossomgame hit two three-pointers to open the game. However, the Panthers kept fighting in what proved to be a very closely contested first half. Kevin Stallings shook things up by going deep into his bench, playing the seldom-used Rozelle Nix and Corey Manigault, who each average less than 6 minutes per game. Jonathan Milligan in particular came up huge off the bench, knocking down two three-point shots to give Pitt the bench points that have eluded them the past few games. Jamel Artis added a three of his own from way downtown with four seconds left in the half to propel the Panthers to a 36-31 lead at halftime.

Clemson came out storming after the break, as they stunned the Panthers with a 12-0 run to begin the second half. This caused Kevin Stallings to replace his starting five guys on the floor with five bench players, a desperate move that has not been seen from a Pitt team that has had a notoriously shallow bench thus far in the season. Unfortunately, the substitution was not fruitful, and the Tigers were able to build their lead up to 50-40 before Stallings put the starters back into the game. Just as Pitt was looking down and out, though, Clemson began fouling them at will, allowing the Panthers to claw themselves back into the game from the charity stripe. That, along with an NBA-range three from Cam Johnson, sparked some momentum for Pitt. The Panthers continued fighting valiantly and managed to cut the lead to four at one point, but ultimately, the 12-0 run that Clemson had to start the second half proved to be too much for Pitt to overcome.

The 67-60 loss dropped Pitt to dead last in the ACC, with a conference record of 1-7. The Panthers are in a downward spiral right now, and the fact that they couldn’t come out victorious in a must-win game against a mediocre opponent at home perfectly highlights the way the season has gone for them so far.