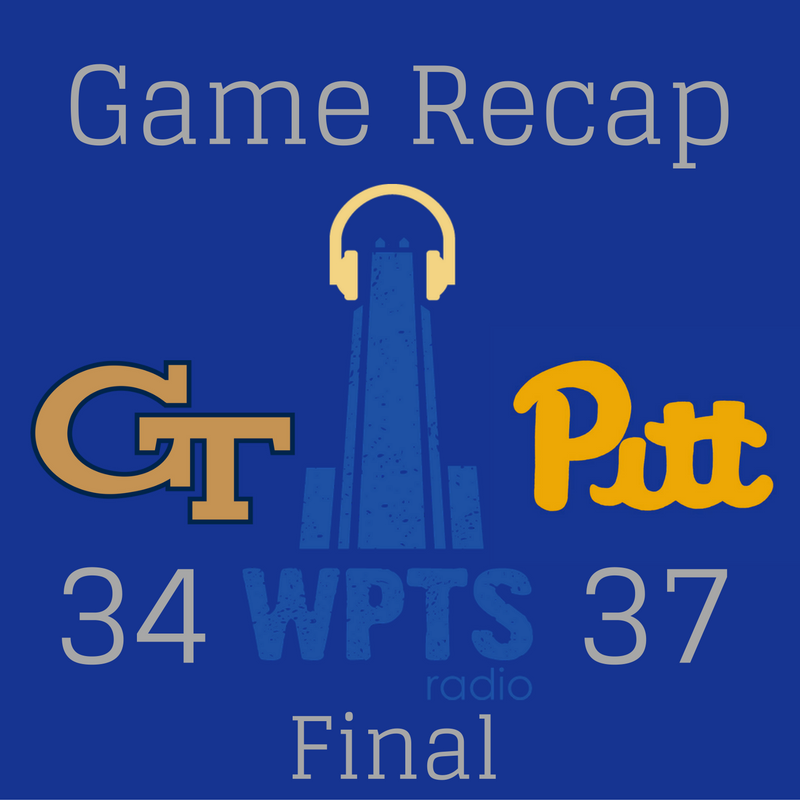 Pitt immediately jumped out to a 7-0 lead; on the opening drive of the game, their balance of effective runs and passes paved the way for a surprise 24-yard TD run by offensive lineman Brian O’Neill. 7-0 Pitt

On the ensuing GT drive, Pitt’s defense would struggle but held deep in their own territory, and the Yellow Jackets would drive 71 yards only to settle for a 37-yard field goal by kicker Harrison Butker. 7-3 Pitt

When Pitt got the ball back, their offensive success would continue. Another balanced drive culminated in a TD run by runningback Qadree Ollison. 14-3 Pitt

Georgia Tech refused to back down. On the kickoff immediately after Pitt’s second TD, GTech return-man J.J. Green took it 96 yards to the house. 14-10 Pitt

Pitt knew they would need to keep the foot on the gas pedal if they wanted to leave Heinz Field with the ‘W’. Nate Peterman, who finished with 192 passing yards and a TD, would match up with budding receiver Jester Weah twice and leave it to Quadree Henderson, who punched in Pitt’s 3rd TD run in as many drives. 21-10 Pitt

Again, the Yellow Jackets stayed confident. Quarterback Justin Thomas would lead his team down into Pitt territory before hitting wideout Ricky Jeune for a 31-yard TD pass over the head of Pitt defensive back Ryan Lewis. 21-17 Pitt

After forcing a Pitt punt, the Jackets would use their minimal time left to march into Pitt territory again, and ultimately tack another 3 points on the board as the 1st half came to a close. 21-20 Pitt

The 3rd quarter was the best one of the day for the Panthers defense. They would force a turnover-on-downs and a punt on GT’s first two drives of the second half, giving the offense a chance to try to pull away. Going into the 4th quarter, the Panthers led 24-20.

To open the 4th quarter, Panthers kicker Chris Blewitt, who was perfect on the day, would boot another field goal to become Pitt’s all-time-leading field goal leader. The Yellow Jackets came immediately back to tie it at 27-27, punctuated by a 45-yard run by runningback Clinton Lynch.

Pitt would get the ball back as time waned down, but a botched handoff between Nate Peterman and Quadree Henderson would result in a fumble recovery by GTech, who got the ball to start in Pitt territory. 6 plays and 39 yards later, Georgia Tech would have their first lead of the day. 34-27 GTech

Pitt knew GT couldn’t get the ball back with a lead. On the 3rd play of their next drive, Peterman would hit tight-end Scott Orndoff for a 74-yard touchdown pass. With less than 4 minutes left in the game, it was tied 34-34.

Pitt’s defense finally found the stop it was searching for for most of the game. At Georgia Tech’s 34 yard line, the D made a stop on 4th-and-1 to give the offense the opportunity to win it. With 1:47 left, Pitt moved the ball down to GTech’s 13 yard line to give Chris Blewitt the chance to hit a walk-off FG against GT for the 2nd time in two years.

As time expired, in the middle of the hashmarks, Blewitt knocked his kick up and off the inside of the right upright, but it ricocheted through to give Pitt the victory.