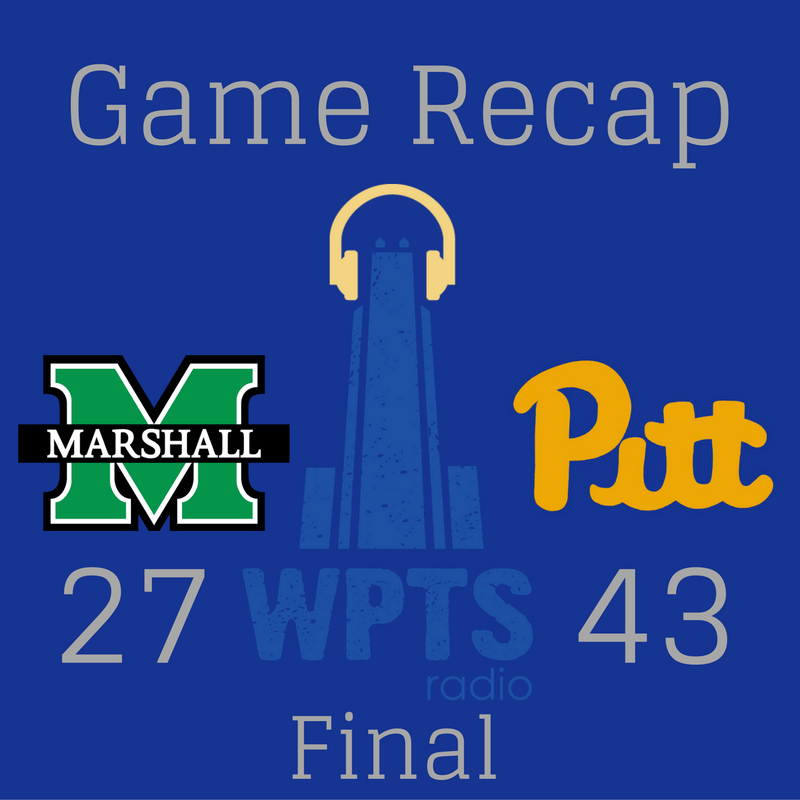 It was a tail of two halves in yesterday’s football game between the Pittsburgh Panthers and the Marshall Thundering Heard. Pitt dominated the first half, rushing out to a 27-0 lead, with a pair of touchdowns by two freshmen French and Tipton. However, Marshall came out swinging in the second half. Quickly the Herd were able to get back in it with a surprise onside kick, and an 83-yard touchdown pass. Despite the valiant effort by Marshall, Pitt was able to put the Thundering head away with some late game heroics by Weah and Maddox.

The Panther passing game finally came to life, with a season high 280 yards. Peterman, who had all of the 280 yards and set a career high. Despite Peterman’s career day it was Weah who stole the show. Weah finished the day with 7 catches for 176 yards; however, it was his last catch, a 54-yard touchdown reception, sealed the deal. Perhaps the Panthers have finally found their deep threat, only time will tell.

Despite the progress made by the passing game, it was more of the same for the Panthers pass defense. Despite holding Chase Litton and the Thundering Heard to 240 yards throwing, the deep ball plagued the Panthers again. This time it was off of an 83- yard pass by Litton to Michael Clark that let the Thundering Heard to pull with in 10 on their way to attempt a comeback.

The pass defense will still be an issue going forward; however, help may be on the way as Damar Hamlin suited up for the first time this year. Yet as the Panthers start to get healthy on defense a key piece was missing, Jordan Whitehead, who suited up, but was sidelined with an apparent injury.

The Panthers will face Georgia Tech in a Costal Division clash next Saturday. Coverage will begin on WPTS at 12:00 noon. Marshall takes on North Texas on Saturday as well.