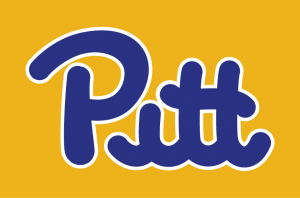 Pitt arrived at Bobby Dodd Stadium in Atlanta expecting to earn their first Atlantic Coast Conference win against the Georgia Tech Yellow Jackets. Instead, it fell 35-17 in a contest that went from exciting to dour at the end of halftime.

Quarterback Ben DiNucci began his first start as a Pitt Panther with a 28-yard touchdown pass to running back Quadree Ollison, but both his performance and the offense soured after that point. He ended the game with 110 yards on 12 of 19 passing and 1 TD. Max Browne also entered the game during the third quarter and threw 10 for 15 with 88 yards passing. The Panther offense also failed to capitalize on 4 fumble recoveries by the defense.  It appears that there is no clear end in sight for both the quarterback controversy and the lack of offensive production for head coach Pat Narduzzi.

One of the lone bright spots for the Panthers was Quadree Henderson, who justified his First-Team Preseason All-American selection with an 80-yard punt return touchdown. Placekicker Alex Kessman also nailed a difficult 55-yard field goal at the end of the first half. Irrespective of the efforts by these two Panthers, the team desperately needs improvement in terms of scoring as it averages only 20 per game so far this season.

The story was much different for Georgia Tech as the Ramblin’ Wreck aged like wine over the course of the game. Running back KirVonte Benson tallied 196 yards and 2 touchdowns on 29 carries, and quarterback TaQuon Marshall ran for 112 yards and 2 TDs on 18 attempts. The dynamic spread-option offense also included a solid performance from back-up running back Quaide Weimerskirch, who had 4 carries for 31 yards and 1 touchdown.

Defensively, the Yellow Jackets improved exponentially as the game progressed. They followed giving up 17 points in the first half by blanking the Panthers in the second half. They also held the usually dynamic Pitt rushing attack to a paltry 37 yards on 20 carries.