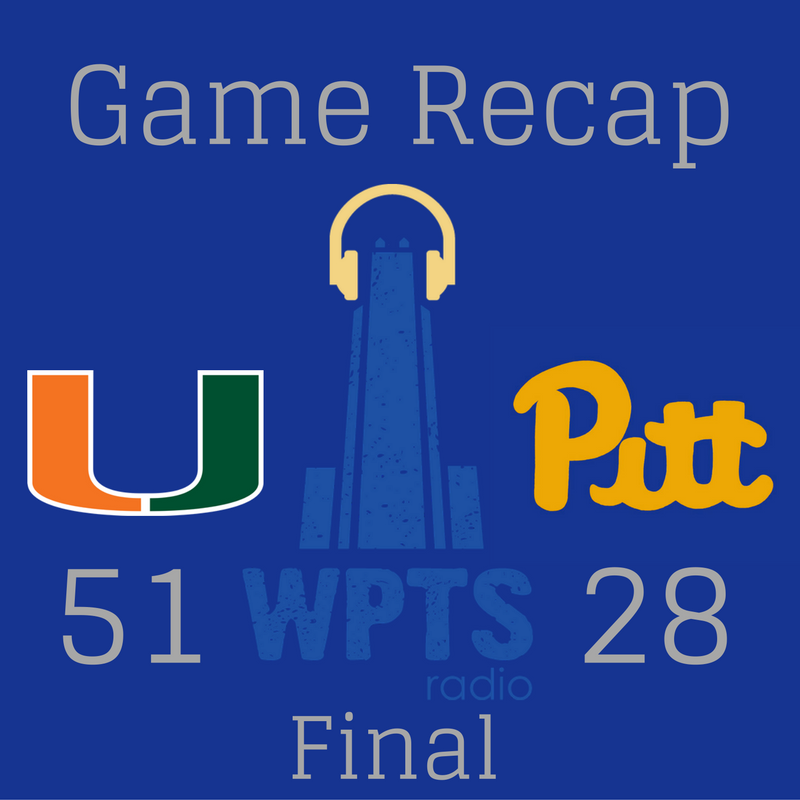 In a pivotal ACC matchup, the Pittsburgh Panthers squared up against the Miami Hurricanes. Miami quarterback Brad Kaaya entered Saturday’s game with a chip on his shoulder. As one of the top NFL prospects, Kaaya has underperformed in comparison to his preseason expectations. Additionally, the Panthers came into Miami looking to avenge a close loss to the Virginia Tech Hokies. Unfortunately for the Panthers, Miami dominated Pitt with a final score of 51 to 28.

Kaaya opened the game 10 for 10 with 139 yards passing and two touchdowns on Miami’s first two drives. Pitt was able to cut Miami’s lead to 7 after Quadree Henderson took the ensuing kickoff 100 yards for a touchdown. Throughout the first half, Pitt was able to control the clock with their balanced rushing and passing attack. Meanwhile, Miami was able to exploit the weak Pittsburgh secondary.

After a hotly contested first half, the Panthers trailed the Hurricanes 27-21. Turnovers were the main problem, which plagued the Panthers in the second half. The Panthers opened up the second half with a crucial fumble that led to another Brad Kaaya passing touchdown. On a subsequent drive, Nate Peterman forced a ball into tight coverage and resulted in an interception for Miami. The Panthers offense struggled in all facets. Even Chris Blewitt contributed to the lack luster second half, missing a 43-yard field goal. The only offensive positive was a 75-yard touchdown from Jester Weah.

The Pitt defense was absolutely torched in all aspects of the game, allowing 356 yards through the air and 178 yards on the ground. For a nationally recognized Pittsburgh defense, this game was certainly a step in the wrong direction. Miami’s defense stepped up and took away much of Pitt’s run game in the second half.

Headed into next week the Panthers head to Death Valley to take on the Clemson Tigers. Looking at the remaining schedule, Pitt still has hope for bowl eligibility. While next game at Clemson is a very probable loss, Duke and Syracuse provide two games where Pitt can get their sixth victory and achieve bowl eligibility.