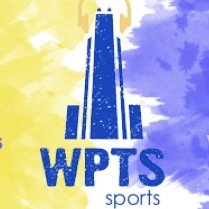 The Penn State Nittany Lions took advantage of an early Max Browne interception as McSorley connected with Mike Gesicki for a quick 7-0 lead.  Gesicki ended up having another TD reception to push the Nittany Lions to a quick 14-0 lead.

Things opened up for the Penn State offense in the second half, starting with a big first down run by Barkley.  Later in that drive, McSorley connected with Barkley for a 44 yard Touchdown pass, extending the lead to 21-3.

Pitt started to drive down the field effectively, including a 25 yard run by Ollison to put the Panthers within field goal range.  The drive ended with another Kessman field goal.  21-6

Barkley was no match for the Panther defense, as he capped on the next drive with a hard-nosed eight yard touchdown run.  The Penn State lead was then extended to 28-6.

In the beginning of the fourth quarter, Max Browne was sidelined because of his helmet coming off after a play.  Ben DiNucci stepped up for the Panthers and scored on a read option from five yards out (28-14 after a two point conversion).

The Penn State lead was extended with a safety on defense and then a field goal to finalize their tally.  Pitt tried one last effort to put the ball in the end zone, but was ended when DiNucci fumbled the ball in attempt to evade a sack.  The final score did not end in Pitt’s favor as the Nittany Lions won convincingly 33-14.  Pitt faces an even bigger challenge coming up next week as they face Mason Rudolph and the Oklahoma State Cowboys at noon in Pittsburgh on September 16.