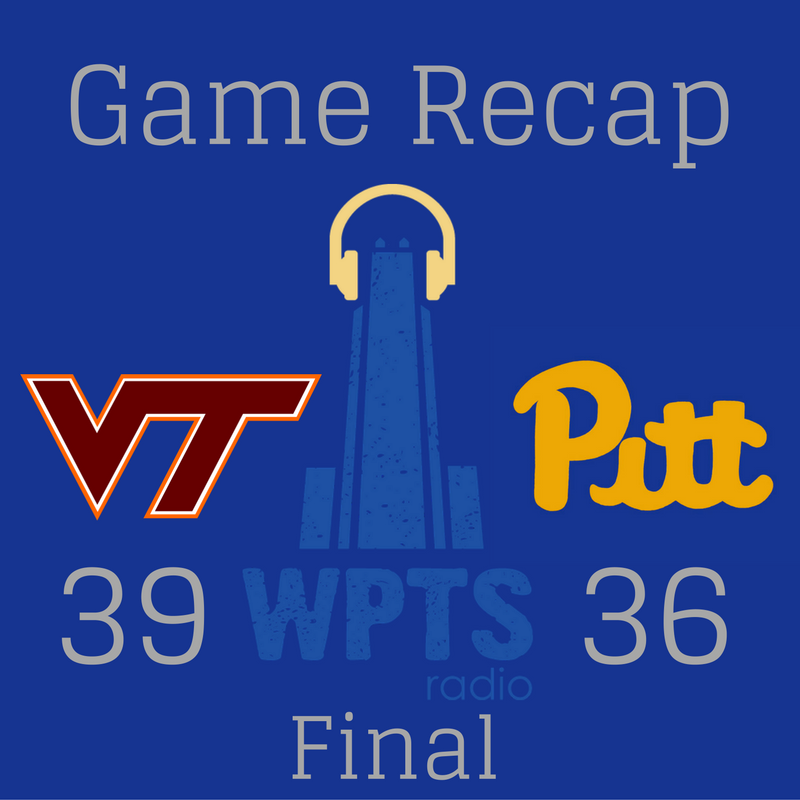 On Thursday night the Panthers faced of with the Virginia Tech Hookies. Unfortunately, for the Panthers sloppy play and poor pass defense ultimately coasted them the victory, falling short 39-36 at Heinz Field.

The problems started at from the get go for Pitt as Henderson fumbled his first kickoff return after a Hookie field goal. However, Pitt wasn’t able to right the ship after the costly fumble, as Peterman threw an interception on the next Panther possession. After the first quarter mired by poor play and costly penalties the Panthers were lucky to only down by 9.
With a new quarter came new life for the Panthers’ offense as big plays through the air and on the ground lead to the first touchdown of the game. The big plays continued throughout as the Panthers were able to score up to 36 points and rack up 458 yards of total offense by the end.

However, the play of the pass defense continued to loom over the Panthers as it has all season. Despite only holding the Hookies to 9 points with their back against the wall in the first quarter they struggled mightily as the went on game. Jerod Evens of Virginia Tech was able to throw for 406 yards to whomever he pleased. Three Hookies were able to gain over 100 yards receiving. However, for Pitt it felt like nothing they could do worked. They tried different corners, including burning Damar Hamlin’s redshirt in the second half and ramped up the pressure with blitzes. But at the end of the game the fact remained the pass defense is just not good.

It should be noted that the Hookies played great in this game. They won the turnover battle by two, were able to limit penalties, and came prepared with a game plan that played to the Panthers’ weaknesses. As a result of this they won this game.

The Panthers look to get back on track as they travel to Miami to take on the Hurricanes next week. As the Hookies travel to Duke.