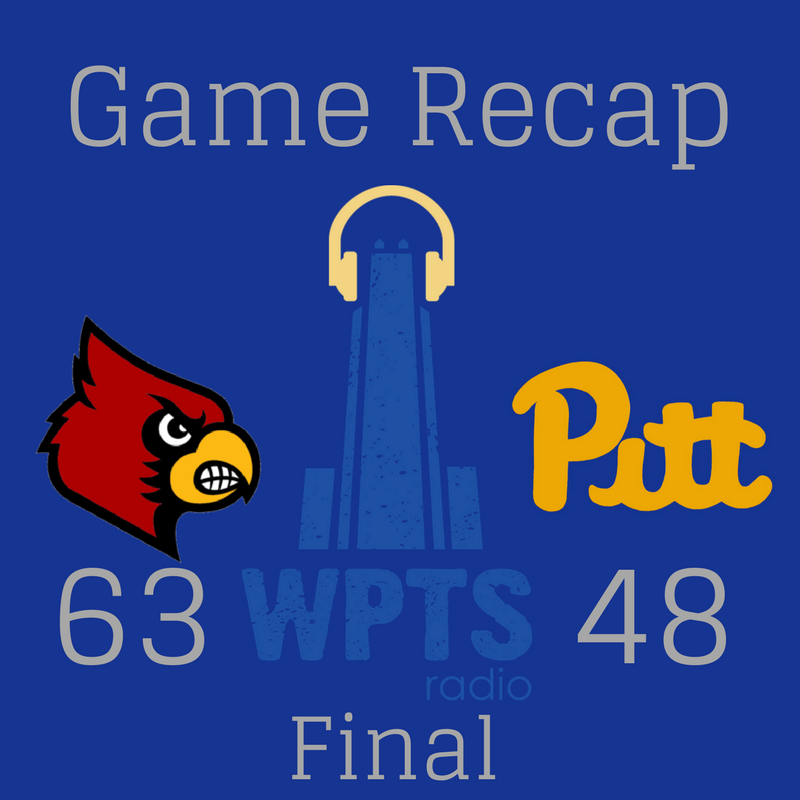 Despite a valiant effort from Pitt (12-9, 3-5 ACC), the ninth ranked Louisville Cardinals ((20-4, 7-2 ACC) prevailed 63- 48 at the Peterson Events Center. During the first matchup of these two teams, Louisville trounced Pitt 73-52 as the Panthers turned the ball over 24 times. Some similar trends occurred on Sunday’s matchup.

As a team, Pitt held the Cardinals to just 34.5 percent shooting from the field as they scored less than their season average of 75.8 points per game. The Panthers also recorded 4 blocks and 5 steals as a team. However, this defensive display was negated by Louisville’s red-hot three-point shooting as they made 10 at a 37 percent clip.
Much like their first meeting, Pitt turned the ball over 21 times including 13 in the second half. This, combined with a 33.3 percent field-goal percentage in the second half resulted in a two-point halftime lead turning into a 12-point deficit after the third quarter. The Panthers also lost the rebounding battle to the Cardinals for the second time this season, this time by a margin of 13.

For Pitt, forward Brenna Wise contributed 12 points, 2 rebounds, and 1 steal while shooting 4 for 7 from the floor and 2 for 4 from downtown. Center Brandi Harvey-Carr also scored 13 points and tallied 5 rebounds, 1 steal, and 1 blocked shot on 5 for 8 shooting and 3 for 4 from the charity stripe. Guard Cassidy Walsh and forward Kalista Walters also accumulated 5 points each.

For Louisville, forward Mariya Moore scored 20 points on 6 for 14 shooting with 8 rebounds and 5 assists. 5 of her buckets came from three-point range. Guard Asia Durr also cracked double figures with 13 points on 4 for 14 shooting, 3 assists, 2 steals, and a block. Guards Briahanna Jackson, Jazmine Jones and Brianna Jones all contributed 6 points apiece.

Regardless of the outcome, Pitt displayed its abilities to defend as a team against top-level talent. Coach Suzie McConnell-Serio will need her players to continue this trend against ranked opponents Duke, Virginia Tech, and Florida State.