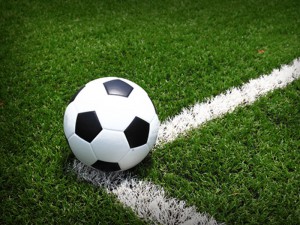 In what has become an annual in city event, the Pittsburgh Panthers (3-4-0) topped the Robert Morris Colonials (0-7-1) by a score of 2-1. With a grueling ACC stretch around the corner this was an important game for the Panthers to notch, for momentum’s sake. The Panthers came out of the gate aggressive and the hard work of forward Edward Kizza paid off early as fellow attacker Colin Brezniak, just prior slighted of a goal on an offside call, tapped in a scramble rebound giving the Panthers the lead in the 8th minute.

Most of the first half was controlled pace by the Panthers who kept the Robert Morris squad thin and tired. The Colonials subbed on Rafael Bruzual late in the first half, looking to neutralize Pitt’s wide and pressing counter attack and take advantage of his six foot plus size.

The substitution worked as Bruzual capitalized on an effortless headed finish from a masterful cross at the 54th minute. However the Panthers counter surged for another goal just 4 minutes later, again with Kizza’s hard work contributing and this time with Joshua Gaspari finding the twine for his first ever goal and the game winner.

Both goaltenders played well in the game. Pitt goaltender Mikal Outcalt kept his 1.0 goal per game stat in tact (7GA in 7G) and Robert Morris keeper Winter Fondi knocked aside 8 of the Panthers’ 16 total shots.