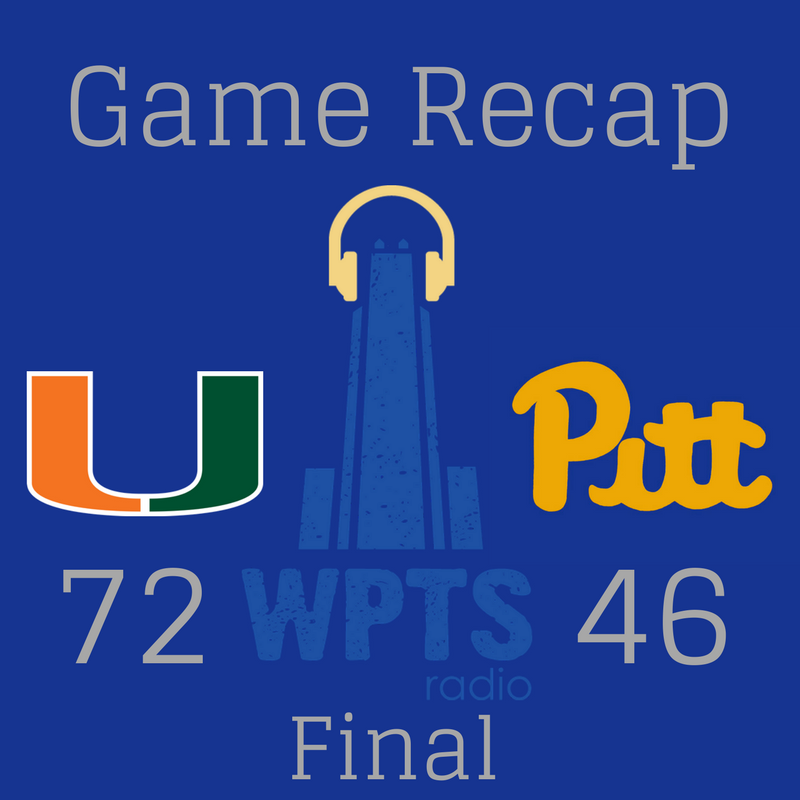 This game is a realization of two things. 1. If you do not have Jamel Artis and Michael Young shooting consistently, Pitt is not going to be competitive in the ACC. 2. If Ryan Luther is going miss 3-6 weeks with a foot injury, Pitt is not going to be competitive in the ACC. Jamel Artis and Cam Johnson led the scoring in the first half with 10 points for Artis and 8 points for Johnson respectively. The constant amount of traveling from Miami’s Ja’Quan Brown seemed to be the only misstep that the Hurricanes had in the first half along with a 9-point lead. The situation continued to deteriorate for the Panthers as Michael Young was held to 0-10 from the floor all game. Johnson was led scoreless throughout the second half which gave room for Chris Jones to finish with the second most points for Pitt with just 10. Bruce Brown, Davon Reed, and Ja’Quan Newton combined for more points than the entire Pitt team all game. The line was 14 for Newton, 17 for Brown and 18 for Reed respectively which equals to 49 points. This may be a true testament for where this team is going. This team goes when Young and Artis go, and even Artis with a 15-point finale was average at best was not at the top of his game. The game ended with the likes Smith, Nix, Wilson, and Milligan checking into the game when the realization hit that the game was out of reach. The bench is short and the starters are lacking. I honestly thought that Duquesne would be the low point of the year, and it possibly still is. However, the idea that a team can come into the Peterson and outscore Pitt by 26 points is something I do not think I have ever seen in my entire life as a Pitt fan. Having players who can put up 40 points is great. Having Young and Artis is great, but if there is no one after them, what is the point? These guys cannot be expected to carry this team on their backs because if that is what they have to do, we may have a long season ahead of us.