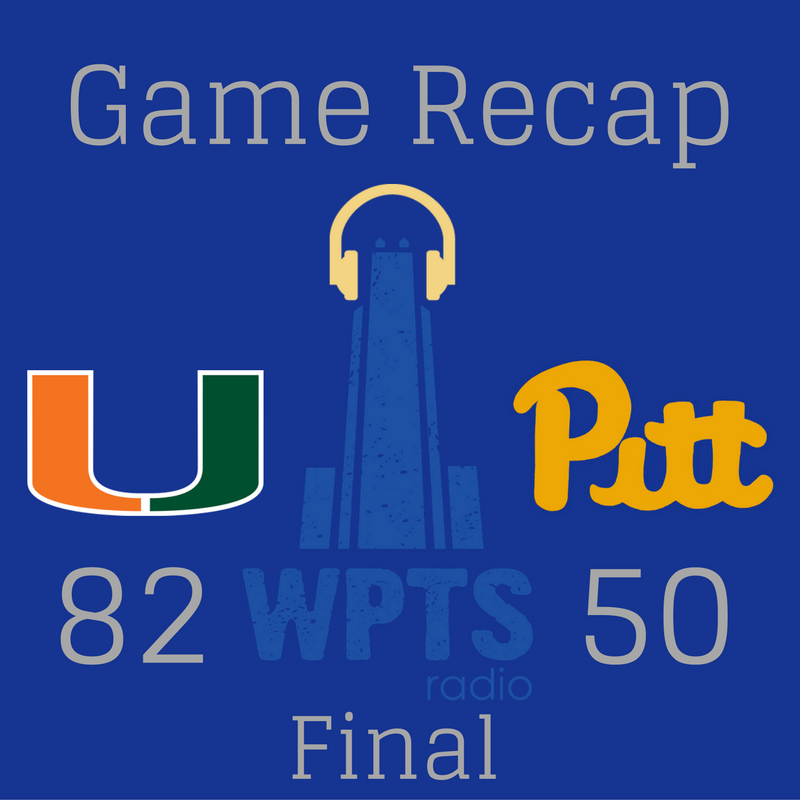 The Pittsburgh Panthers took on the #14 Miami Hurricanes in the Petersen Events Center, on January 2nd 2017. Miami came in 11-2 after losing their ACC opener to #6 Florida State 81-65, ending their 11 game winning streak. Pitt on the other hand came into the game after losing four of their last seven games, including a most recent loss in the City Game to the Duquesne Dukes 63-54. Both teams were searching for their first wins in the ACC and looking for a battle early. Several offensive rebounds early for the Panthers were uneventful and unhelpful as the Hurricanes seemed to take over. At the end of the first quarter Pitt trailed Miami 24-11, Brenna Wise going 0-2 and struggling to make anything offensively. Pitt finishing the first quarter with as many turnovers as points (11 each). After another disappointing quarter offensively for the Panthers, they trailed the Hurricanes by 26 at the half, 48-22. The highlight player for the Panthers was guard Jasmine Whitney with her 5 points, 3 rebounds, and 2 assists. On the flip side Miami bench player Laura Cornelius with her perfect shooting, going 6-6 from the floor and 5-5 from 3 point range. Cornelius stat line read 19 points, 3 rebounds, 2 assists. At the end of the third quarter Pitt had created a comeback of sorts, outscoring Miami 18-16, with plenty of playmaking ability on the offensive side. Pitt had zero turnovers in the third, a drastic contrast to the 17 they had in the first half. Brandi Harvey Carr with a nice performance in the third, putting up 8 of her 14 points. Unfortunately, the comeback stopped right there, as the fourth quarter was all Miami, as they forced another 8 turnovers, tallying Pitt’s total to 26 on the day. As the Panthers could do nothing to stop Miami in the fourth quarter getting outscored by 8. At the end of the game, it ended 80-52 Miami, as the Panthers have now lost five of their last eight, dropping to 9-5 on the season.