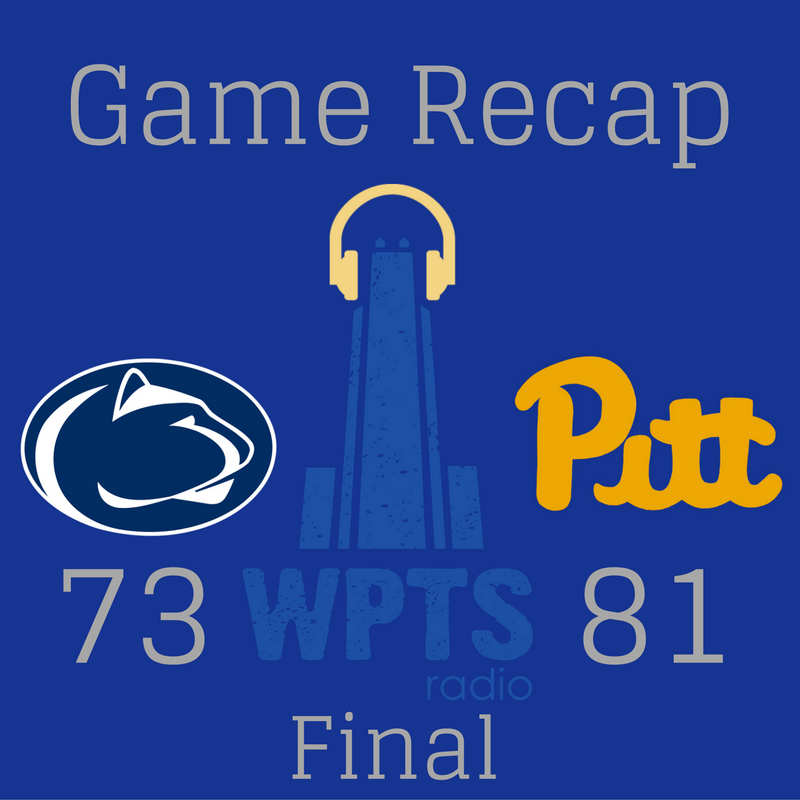 NEWARK, NJ- Saturday’s game between Pitt and Penn State was a tale of two halves.

Behind 26 rebounds and 9 forced turnovers, the Pittsburgh Panthers (8-2) opened up a 20-point (42-22) lead over the Penn State Nittnay Lions (6-5) heading into the locker room at halftime.

Then Penn State made run.

On the ensuing possession, junior captain Shep Garner got fouled cutting to the rim, sending the Chester, PA native to the line with a chance to cut the Pitt lead to just four.

Garner made only one of the two free throws, and Penn State failed to capitalize on the best opportunity they had all day.

“Really good plays on both ends in the first half” Stallings said.

“Second half the offensive play was probably good enough. The defensive play was not very good. I thought we did a great job, especially Sheldon, on the boards in the first half. And then, again not so much in the second” he continued.

“We’re a team that’s doing a really good job for portions of the game, and halves of the game. And sometimes such a good job that we’re almost able to put a game out of reach. But we’re still trying to find consistency, and the kind of play that we need for a 40 minute game” he concluded.

After scoring just 22 points in the first half, Penn State scored 51 second half points, going to the line for 16 free throw attempts, making 14 of them.

The difference for Penn State coach Pat Chambers was easy to see.

“It was a tale of two halves,” Chambers said.

“I’m not sure where we were in the first half. Maybe the bus was late. But we showed up in the second half and competed. We competed like a Penn State Basketball team” he continued.

“I thought they played with better pace,” Young revealed.

“They were more aggressive in the second half. Really driving [the ball], even when there was nothing there. Really trying to put us on our heels and get us into foul trouble. [They tried to] get to the free throw line and really get to the rim. I think that was the difference.”

Overall, the Panthers got contributions up and down the stat sheet, especially from its three senior leaders Sheldon Jeter, Michael Young and Jamel Artis.

The win on Saturday marks the seventh consecutive victory for Pitt against its rival, and improves Pitt to 8-2 with just three non-conference games remaining.

The Panthers return home for remainder of the calendar year, and will next face Rice one week from today.

Before his team returns to the floor Kevin Stallings knows there’s more work to be done.

“It’s so funny, because it seems like we come in here game after game, and we have long stretches of really spectacular play” the Pitt coach said.

“We were really good in the first half. We just have to look at those positives and try and build on them. We know that we haven’t been as good, especially defensively in the second half. So we just have to try and address that. We have a week here where we’ll have an abundance of practice time. Hopefully we can get our grind on and get things fixed.“