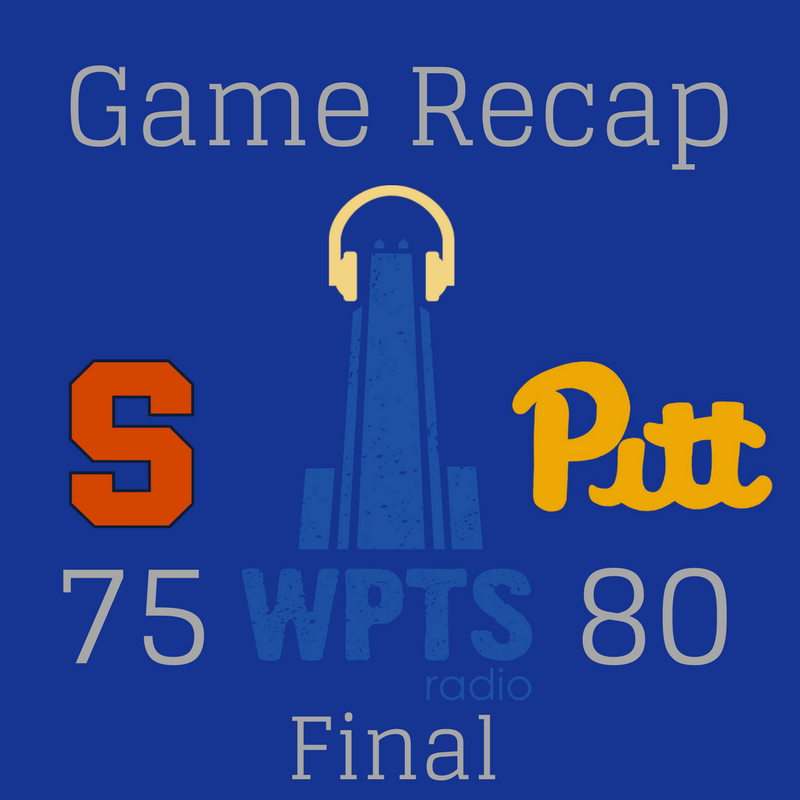 In a rivalry upset, the Pittsburgh Panthers beat the Syracuse Orange at the Petersen Events Center 80-75. A disappointing effort for the Orange (16-10) makes their position on the bubble a little more unsteady while Pittsburgh (14-11) pulled together their second win in a row trying desperately to save their season.

The first half of the game saw Pittsburgh jump to an early lead utilizing a 28-9 rebound advantage (a 35-24 game advantage) that let them get early stops on the defensive end while getting multiple chances on the offensive end, and the second half performance proved they could finish a game in that style. Despite points from only 5 players, they seemed to play a team game all in all, assisting on 25 of the 26 buckets from the field. Pittsburgh F Michael Young (21 pts/9 reb/6 ast) was a huge presence under the net and F Sheldon Jeter added 11 huge rebounds to his 14 points as the team’s leading man on the glass. From behind the arc, Cameron Johnson could not be stopped shooting 75% from three, including all 6 of his floor makes and totalling a team high 22 points. But perhaps the highlight of the game was the slick full court pass from Jamel Artis (16 pts/10 ast) to Chris Jones (7 pts) in the second half.

Syracuse could not find offensive consistency all game, shooting only 43% (26/60) in this contest. Their best performances were from the only two players from the starting 5 to score double digits, with 20 points each. G John Gillon (20/4 ast) was good all game pushing the pace while the graduate transfer Andrew White (20/4 reb) struggled to find consistent shooting all game but did finish with a nice performance. G Frank Howard added 12 points.

Next for Pittsburgh is a contest with Virginia Tech on Tuesday while Syracuse takes on Louisville Monday. Both teams are at home.