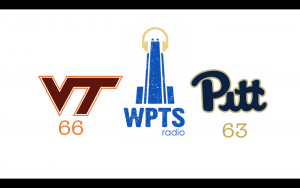 It was a heartbreaking night for the Panthers at the Petersen Events Center on Valentine’s Day as the Virginia Tech Hokies overcame an 11 point halftime deficit to defeat Pittsburgh 66-63. The Panthers led for the majority of the contest but allowed a 12-0 Hokie run late in the second half.

Pitt jumped out to an early 22-11 lead thanks to a lights-out 4 of 5 start from beyond the arc. Mike Young, Jamel Artis, Cam Johnson, and Chris Jones combined for all of the first 22, while Johnson started the game 3-3 from three point range with 9 early points.

Virginia Tech built a 6-0 run late in the first half to cut the deficit to 4 during which the Panthers connected on just 1 of 6 field goal attempts. Pitt quickly responded with two threes from Cam Johnson and Jamel Artis to regain a comfortable 36-26 lead.

The Hokies were unable to score in the final 2:35 of the first half, and Pittsburgh held a 40-29 lead at the break. Johnson was the leading scorer at halftime with 14, and the team shot a stellar 8 for 11 from 3. VT leading scorer on the year Zach LeDay was limited to just 4 first half points, while Ahmed Hill led the team with 10.

After Pitt maintained a steady lead throughout the first ten minutes of the second half of play, the Hokies went on a 12-0 run to obtain their first lead of the game 53-52. The run was highlighted by what ultimately became a 7 point possession for VT. Mike Young intentionally fouled Ahmed Hill who proceeded to make the layup and sink the two intentional foul shots. Justin Bibbs hit a 3 point shot immediately off of the ensuing inbound pass, and the Hokies took the lead. Meanwhile, the Panthers made just 1 of 7 field goals during the drought.

Pitt built two more four point leads throughout the remainder of the contest, but a Seth Allen 3 with just over a minute to go would put Virginia Tech in front for the rest of the battle. Cam Johnson and Jamel Artis had multiple looks from three point range to tie the game in crunch time, but none fell. After shooting 8-11 from 3 in the first half, Pitt shot just 2-9 from beyond the arc in the second. Coach Kevin Stallings elected not to make a single substitution in the entire second half of play. Rozelle Nix, Jonathan Milligan, Justice Kithcart, and Damon Wilson all saw first half minutes, but the second half was played solely by the Pitt starters.

Zach LeDay posted a double-double for the Hokies with 10 points and 11 rebounds, while Ahmed Hill led their scoring with 17. Cam Johnson led Pitt with 17 as well, while Artis and Young had 16 and 14, respectively.

With the loss, Pittsburgh moves to 14-12 on the year and 3-10 in ACC competition, damaging postseason ambitions even more. On the contrary, Virginia Tech improves to 18-7 overall and 7-6 in conference play, further solidifying their spot in the NCAA Tournament field. The Panthers resume play on Saturday as they host #17 Florida State. Virginia Tech travels to Louisville for a battle with the #8 Cardinals.