“Girl With Basket of Fruit” by Xiu Xiu – Review 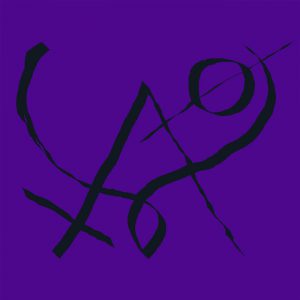 As of late, it seems that every Xiu Xiu album is breaking new ground for the band, and Girl with Basket of Fruit is no exception. While their previous album, Forget, was arguably one of their more accessible releases, this new release goes in the complete opposite direction. Xiu Xiu has never shied away from unsavory topics, or experimental instrumentals, but the way they experiment on this album feels much more haunting and imposing than before. I’ll be honest in saying that I was really thrown off guard when I first heard the leading single “Scisssssssors”. I thought it was an interesting listen, but it really made me wonder what an album that it came from would sound like, especially after 2017’s Forget.

Jamie Stewart has always had somewhat strange vocal performances, but across most of this album both his vocals and lyrics sound more angry and threatening than ever and the effect is amplified even more when combined with the instrumentals. On many tracks he takes a kind of spoken word approach, which sounds startling at first but creates a really great effect. Only three of these songs have what could be considered catchy beats while the others are either slower breaks between the madness or absolutely off the rails vocal onslaughts with heavily distorted sounds comprising the instrumentals. The catchier tracks make use of really minimal beats that to me almost sound tribal with lots of inventive and abrasive sounds and samples. The effect of these strange sounds is taken to the extreme on “Pumpkin Attack on Mommy and Daddy” where even the vocals on the track are made up entirely of weird, distorted samples.

Between some of the more intense tracks, there are also moments of beauty where the pace of the songs slows down. Particularly near the end, the songs “The Wrong Thing” and “Normal Love” provide incredible moments in a string part near the middle of the former and the tortured guest vocals at the end of the latter track. These two tracks really stood out to me and were some of the first tracks I really enjoyed before the less melodic ones began to click with me. I would say some of the more out there tracks like “Ice Cream Truck” need multiple listens before they really start to connect with a listener. The album as a whole might take some time before it starts to connect, but once it does it’s a really incredible listen.