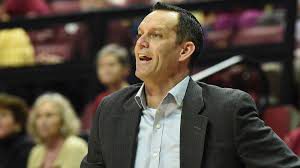 The Pittsburgh Panthers suffered a tough 74 to 58 loss to the Virginia Tech Hokies on Thursday night at the Petersen Events Center. The Panthers loss dropped them to 9 and13 on the season and 0 and 8 in ACC play. The Hokies were paced by Taylor Emery and Dara Mabrey, scored 24 and 22 points apiece, while the Panthers were led by Danielle Garven with 16 and Jasmine Whitney with 15. The game got off to a slow start, with the teams tied at six points a piece after the first five minutes. It was after that when the game started to unravel for Pittsburgh. The Hokies took a 22-13 lead into the 2nd quarter and then went on an 11 to four run to begin the period to extend the lead to 33 to 17. The Hokies would get the lead as high as 25 the rest of the way and were able to cruise to a victory.

Virginia Tech used a huge rebounding edge in the game to keep the Panthers from getting too close, finishing with 46 rebounds to Pitt’s 26 and 13 second chance points to Pittsburgh’s four. Regan Magarity was dominant on the glass for Virginia Tech, finishing with 17 boards to go with her 14 points and 7 assists. Virginia Tech also shot 43.3% from beyond the arc for the game, going 13-30 from long range compared to the Panthers 5 to 15 effort, good for 33.3%.

The Panthers will again try for their first ACC victory on February 3rd when they travel to Cameron Indoor Stadium to face the Duke Blue Devils, who come in 9 to 11 overall and 1 to 7 in the ACC. That game will tip off at 2 o’clock if anyone is looking for some pregame entertainment on Super Bowl Sunday.