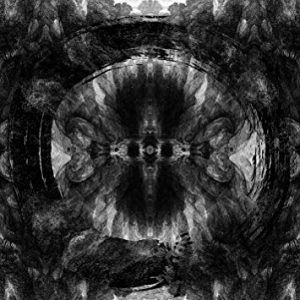 Music is one of the most effective and organic means of processing grief. In August of 2016, the music world mourned as Architects guitarist and songwriter Tom Searle succumbed to cancer. Holy Hell sees the UK metalcore act craft a proper follow up to their 2016 LP All Our Gods Have Abandoned Us both stylistically and thematically. With Holy Hell, Architects present the complexity of grief and express a true determination to continue living in the face of uncertainty.

Opening the album is the aptly titled “Death Is Not Defeat.” Having all the hallmarks of a classic Architects song, the band incorporates intricate guitar work with a groovy presence while the recognisable vocals of Sam Carter soar overtop. Utilizing his signature melodic raspy-shout, Carter is keen on creating infectious hooks with real heart. Interestingly, Architects do experiment with violin and other orchestral instrumentation on “Death Is Not Defeat.” The backing arrangements provide great atmosphere to an already emotionally dynamic track culminating in a semi-breakdown.Guitarists Josh Middleton (of UK metal act Sylosis) and Adam Christianson creatively utilize pick scrapes and melodic chugging to produce a heavy and satisfying transition to the end of the track. Simply put, Architects couldn’t have opened Holy Hell with a stronger statement.

As the LP progresses; “Hereafter,” “Mortal After All,” the title track, and “Damnation” employ similar conventions to get the job done. Architects are still staying true to who they are and who they have been sonically. In the case of Architects, the consistency of these songs doesn’t dull their cathartic nature. Each track captures a corresponding stage of grief and struggle, there is always something to take in and process. Lyrically and musically, Architects are putting their cards onto the table and every single one is a winner.

With “Royal Beggars” and “Modern Misery,” there is a minor thematic shift that provides a little bit of a breather from the emotional weight that manifests itself in rage against the nature of modern politics. While not necessarily being anything revolutionary or profound, Carter’s vocal performance is able to take both tracks to a higher level. Both feature some of the catchiest choruses on the record and never feel like political banter for the purpose of simply being political.

As Holy Hell nears its conclusion, Architects throw a curveball in the form of “Seventh Circle.” The shortest track on the album, clocking in at under two minutes, it’s an absolute behemoth of a track that begs for a spot in their live show. No clean vocals, nothing melodic, it’s just an exercise in rage. They follow it up with 2017 single, and first recording without Tom, “Doomsday.” The inclusion is only fitting, it is able to thematically set up closer “A Wasted Hymn.” Logically, Architects utilize the orchestra they used at the beginning to take Holy Hell to the finish line. Sadly, the conclusion falls a bit short. While ultimately being a satisfying end, the track itself is rather forgettable and can’t quite capture the catharsis the rest of the album accomplishes quite well.

As a collective work, it can be wholly stated that Holy Hell is an absolutely gorgeous album that silences any doubt about Architects being able to pick itself back up after such a difficult loss. They followed up All Our Gods Have Abandoned Us, a stellar record in its own merit now rife with incredible sentimental value, with an album that continues on in its footsteps. Holy Hell is the perfect follow up both sonically and cathartically. All Our Gods was an album about impending death, about accepting what is to come. Holy Hell sees a band struggle with grief, pick itself up, and scream with determination to continue living for those who can’t.

The performances, in all facets, are breathtaking. Middleton and Christianson bring their best in regards to guitar work, keeping things interesting all-the-while familiar. Dan Searle does a stellar job behind the drum kit, producing a very consistent and invigorating rhythm all throughout Holy Hell. Ultimately, Sam Carter is the shining star of Holy Hell. His delivery, passion, and vocal prowess gives power to every single word Dan concocted for the LP. Carter takes the intensity, the pain, the sorrow, and the anger to the cathartic levels that define Holy Hell. This is a band showing what real perseverance is. Holy Hell shows Architects beautifully honoring a loved musician, friend, and brother who was taken far too soon. To quote:, “death is not defeat.”