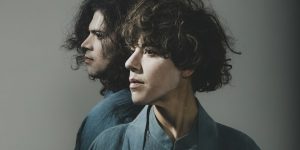 To be perfectly honest, I feel woefully unprepared to adequately review Tune-Yards’ 4th full length release “I can feel you creep into my private life”. I certainly enjoyed this album for its funky rhythms and Merril Garbus’ primal urgency, yet I can’t help but feel conflicted about the themes it discusses. Being a white American making music with African and Caribbean rhythms, Garbus was bound to create controversy- especially with the increasing prominence of social activism and equality in the mid to late 2010s. I have not yet decided how I personally resonate with Garbus’ musical style, but I feel comfortable arguing that “I can feel you creep…” is at least worth a listen- if not multiple.

Though somewhat muted overall when compared to her previous works, “Creep” manages to maintain a light and energetic tone despite it’s brooding nature and deadly serious themes. Though arguably the most problematic song on the album, “Colonizer” also happens to be my favorite. From my listen, I took this track as a sincere and well-intentioned account of white guilt and Garbus’ personal struggle to reconcile her privilege as a white American. However, as the old adage says, the path to hell is often paved with good intentions. Again, I have not personally decided if Garbus’ message is one I am comfortable respecting. She sings, “I use my white woman’s voice to interpret my travels with African men/I turn on my white woman’s voice to contextualize acts of my white women friends/I cry my white woman tears carving grooves in my cheeks to display what I meant.” Despite this controversy, the punchy piano chords and house-style beat featured in “Colonizer” are an excellent example of her ability to provide an engaging listen while discussing nuanced topics. 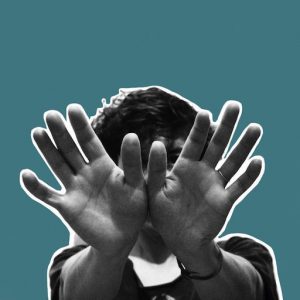 My second favorite track would be “Heart Attack”, the first song on the album. With layered, chaotic production and frantic energy, Garbus almost pleads for understanding when singing, “Giving me a heart attack-ack-ack/We jump so high, but fall right back/Giving me a heart attack-ack-ack/Don’t let me lose my soul, woah.” The song is a nonstop bop, you can probably catch me dancing my way to class/blasting it at least once a day.

If nothing else, “I can feel you creep into my private life” sparks a thoughtful and important discussion. It takes a lot of bravery to create controversial art, and judging from her work up until now Garbus is not one to make careless thematic missteps in her art. Though lacking the intense energy present in her previous releases, “I can feel you creep” manages to keep the listener engaged from start to finish. If you’re looking for an intriguing and multi-faceted listen, you should check this album out.

You can catch Dustin as the host of “Fine.. whatever,” Sundays from 6 to 8 PM on WPTS Radio and follow him on Instagram @duhster_. This review was edited by Stevie Priller of the WPTS Editorial Board.