In the Darkest Corners of Space – Review 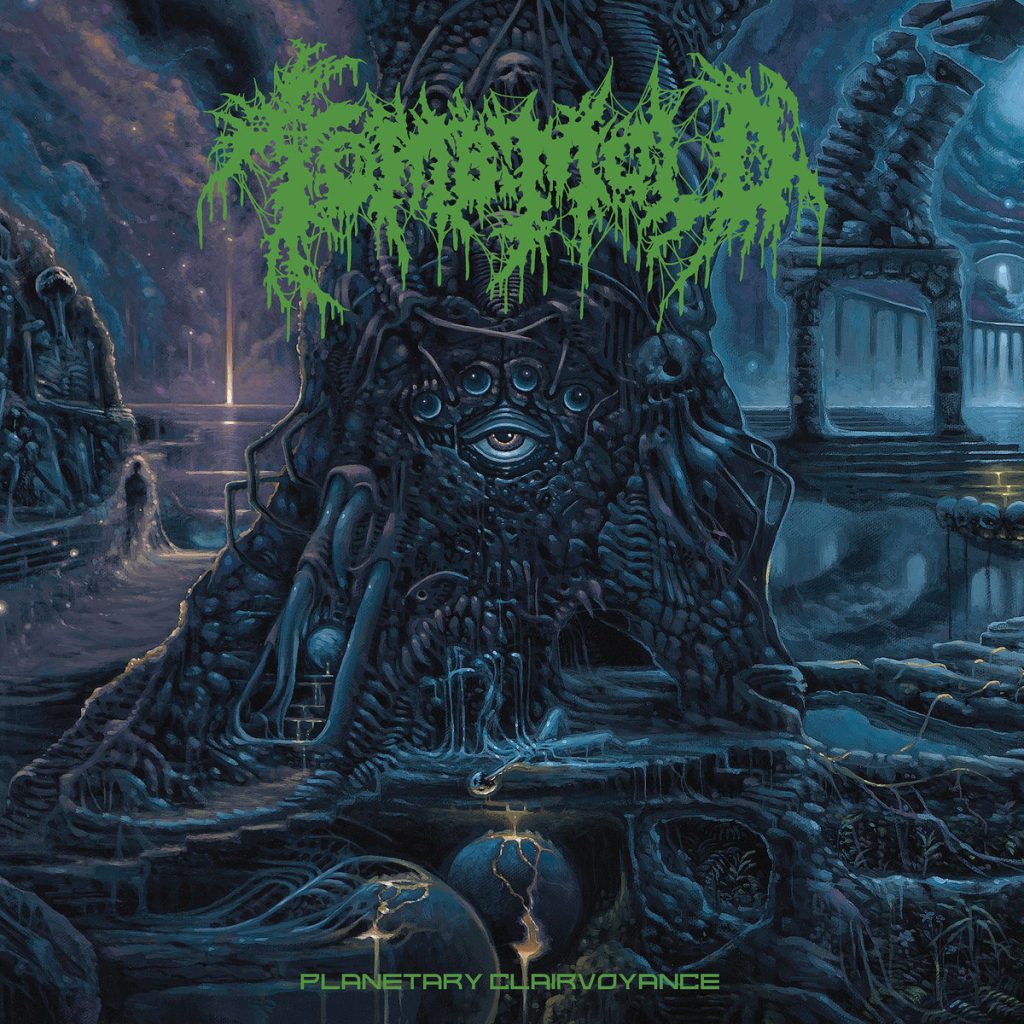 Another year means another Tomb Mold album and this time the band is taking us into the darkest reaches of outer space with their third studio album, Planetary Clairvoyance. As is the standard for the band, the album is brutal and unrelenting. I would venture to say that this is the group’s grimiest and dirtiest sounding record yet, and in all the right ways. They don’t lose instrument clarity, and the playing is still very tight. The production somehow manages to provide the perfect blend of crisp and dirty sounds at the same time.

Just like Manor of Infinite Forms, this album is comprised of one catchy riff after the other. For me, “Planetary Clairvoyance (They Grow Inside Pt. 2)” and “Cerulean Salvation” are the best examples of this. They both end with a heavy riff that the rhythm guitar repeats under varied lead guitar and drums. These two tracks are both a lot of fun and I can’t stop listening to them.

While most of the album is pretty straightforward death metal, the tracks “Beg for Life” and “Phosphorene Ultimate” stray a bit from this path. “Beg for Life” features a short but effective acoustic guitar passage in the middle of the song. This kicks off a really nice build-up that eventually leads to the return of their driving sound. I think the acoustic passage works really well in this song and I hope to see more sections like this in their future releases. “Phosphorene Ultimate” is somewhat of an instrumental interlude, with a light guitar to guide us through a background of science-fiction ambiance. This is the third song on the album, and I wish it was placed later on in the track listing. It provides a break from the heaviness of the other songs, but it might be a break that comes a little too soon.

Overall I like this album a lot. It is a fun journey into an outer space that is brutal and unforgiving. It has a heavy atmosphere and contains so many great, punishing riffs. If you like Tomb Mold’s past releases or other brutal death metal, you’ll be sure to enjoy this album.