Is Andrew Bird’s “My Finest Work Yet” Appropriately Named? 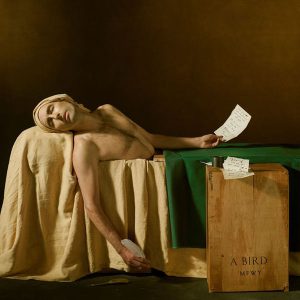 With a career spanning over twenty years and a slew of releases, Andrew Bird has returned with My Finest Work Yet. He is a singer-songwriter, but he is also a multi-instrumentalist who is known primarily for violin and whistling. Featuring guitar, drums, piano, and various other instruments alongside these trademarks, the album has a deep and complex feel as each sound weaves into the greater whole. The songs were all recorded live, without headphones or separation to allow the instruments to bleed into the other microphones on set, creating an incredibly lush yet intensely organic soundscape.

Pairing this album’s almost natural atmosphere with the songwriting leads to an overall sense of timelessness. My Finest Work Yet feels both like a classic album that was just recently discovered and like the new work that it actually is. However, this acts as the album’s downfall as frequently as its strong suit. While one side of the coin shows that it is new while also sounding classic, the opposite is that it can feel like a weathered path that others have walked and that you feel no need to journey down. When actively listening, it can sweep you away and take you along as it fades in and out of time. None of the songs are singularly strong enough to inspire a return to this alternate plane, though, and sadly that means that it probably won’t for a lot of people. In addition, the songs start to blend together as they all have a fairly similar sound and feel. This amplifies both the strengths and weaknesses on display as the album overall becomes more cohesive and engrossing, but also more difficult to remember any specific songs.

My Finest Work Yet shows why Andrew Bird has been such a successful artist. It features strong songwriting, impressive instrumentation, and an overwhelming sense of unity. By the inclusion of the word “yet” in the title, we can assume that Bird is far from finished. The only hope is that Bird’s next work is just as “fine” or better.

Final Thoughts: Equal parts fantastic and forgettable, everything depends on which side the listener lands on.