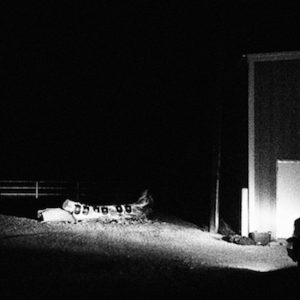 Cloud Nothings have released some of the most energetic and interesting indie rock of the last decade. Their last record Life Without Sound started to move towards a more poppy softer indie rock, but any worry of that was executed when the first single for Last Building Burning came out, “The Echo of the World.” I’ve never been a huge fan of screaming in music. So when this single was released; I was a little worried. The first two minutes are full extremely exciting and loud guitars, while Dylan Baldi, the lead singer, sticks to his normal vocal style, but the last two minutes he goes totally in on the unintelligible screaming. At this point, I just assumed that this album was not going to be for me.

About a month later the second single, “Leave Him Now,” was released. At first, I was hesitant to listen to it after “The Echo of World,” but I am glad that I did. The song opens up with some piercing guitars, and as they begin to cut out the songs becomes a classic loud and catchy song from Cloud Nothings. The track also uses some screaming sparingly in a way that ramps up the emotion of the track. In this instance, I actually love the screaming because of the emotional power behind it while Dylan is pleading with someone to leave him now or they will be stuck forever. This emotion is exactly what was missing on the last album, and I became thoroughly excited for this album release.

When the album finally arrived, any worry I had following  “The Echo of the World,” was totally obliterate with the dark and powerful “On An Edge.” This is probably the heaviest song on the album other than “The Echo of the World,” but I seem to enjoy the screaming that is used here more. I think it fits the tone of the opener, as well as the music behind it much better than the single did. Just like the singles the rest of the album keeps up this good mix of loud production and vocals that jump between screaming and singing. Songs like “In Shame,” “Offer an End,” and “Another Way of Life” are all also able keep up the well-known catchiness of Cloud Nothings while sticking to the dark overall tones of the album. My least favorite song on the album, other than “The Echo of the World” is “Dissolution”. This song is over 10 minutes long and overall is just very self-indulgent. The last 5 minutes are a strange noisy instrumental which does not fit the of the album too well, full of quick and hard-hitting tracks. This is not to say I hate the song, it still has some really interesting musical moments, but saying it takes up a quarter of the time of the album, it is a little disappointing to hear.

This album really opened my mind to the emotional use of screaming, and the use of heavier instrumentals within indie rock. This album is not something I would have expected to like even a year ago. I think the emotional weight behind just sound of this album is able to back up some of the more grating parts. I think this album is truly one of Cloud Nothings’ best. “Leave Him Now” is quickly becoming one of my favorite songs by them along with songs like “Stay Useless” or “I’m Not Part of Me.” Just the ability of this album to impress me with screaming vocals and have me continually enjoy them is enough for me to praise it endlessly because that never happens. While there are its weak points, overall this album has helped open me up to new things in a genre that I listen to endlessly.