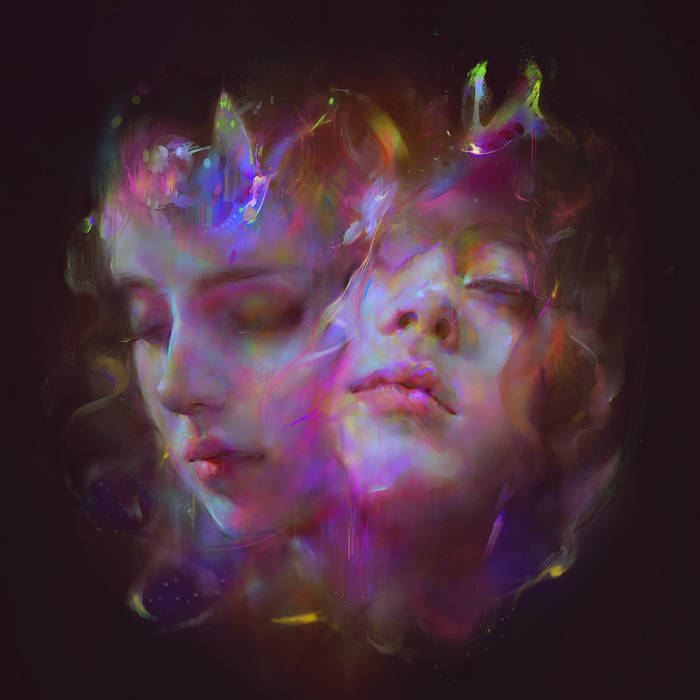 “It’s like the rhythm of the beat is just a feeling, but there’s no need to feel the way that it does,” Let’s Eat Grandma’s Jenny Hollingworth sings on “I Will Be Waiting.” This lyric, like many on the aforementioned British synth pop duo’s sophomore full length I’m All Ears, prompts many self-reflective questions: Why is mainstream pop, which is so intrinsically connected to this album, not nearly as enjoyable? How is synthesizer-based music able to evoke such a strong human connection? And how the hell did two 19-year-olds create such a statement-making album? Hollingworth and childhood friend Rosa Walton display confidence beyond their years throughout I’m All Ears, an album full of dynamic, progressive pop tunes that consistently seems to have another trick up its sleeve. Drawing from elements of synth pop, EDM, dream pop, and indie rock, I’m All Ears is an incredibly well-paced showing of the twosome’s expert ability in blending pop sensibilities with their own brand of experimentation.

an album full of dynamic, progressive pop tunes that consistently seems to have another trick up its sleeve

On I’m All Ears, Hollingworth and Walton share vocal duties over highly textured and layered instrumentals, with a few interesting interludes sprinkled throughout. One of these, “Whitewater,” is a brooding, hypnotic overture to Ears, acting as a calm-before-the-storm of sorts. It lays the groundwork for the trap-flavored “Hot Pink,” a song that begins in a laid-back fog before rupturing with a burst of abrasive drums and synth leads to introduce the album’s first chorus. This type of “jaggedly suave” transition is found on tracks such as “I Will Be Waiting” and “Falling Into Me,” the latter of which evolves right under your nose four times without compromising the song’s tight pop structure. The highly dynamic nature that many of these tracks possess makes for an exciting record that feels fresh throughout its entire runtime.

On the contrary, the instrumental tracks on I’m All Ears take one unique idea, whether it be a cell phone ringtone, or the off-putting, ASMR-esque noise of an animal chewing, and make that the focus of the composition. These brief interludes hence serve as contrast to, or maybe a quick breather from, the fleshed-out, calculated compulsiveness that makes up the meat of I’m All Ears. These prolonged cuts are found in their purest form near the end of the record, with the wandering and longing “Cool and Collected” and the dream-pop-soliloquy-turned-EDM-banger “Donnie Darko.” Let’s Eat Grandma hold nothing back on these two long tracks, flaunting both rewarding builds and some wildly creative, introspective lyrics brushing on anxiety, namely that derived from confessions. This lyrical motif on I’m All Ears works in conjunction with the instrumentals and empowered vocal performances to yield a very impactful work.

Each listen reveals something new hiding within the densely-packed, ethereal production.

While many of the tracks here are just dripping with gorgeous synths, I’m All Ears boasts a certain eclectic side, throwing stripped back cuts seamlessly into the mix, such as the piano ballad “Ava” or the reverb-heavy “Cool and Collected,” without disrupting the unfaltering flow of the record. The highly layered songs on I’m All Ears makes for a project with a ton of replay value: each listen reveals something new hiding within the densely-packed, ethereal production. Whether it’s the glitzy synth accents at the end of “I Will Be Waiting” or the rumbling, understated bass guitar on “Snakes & Ladders,” each listen reveals your next favorite subtlety that makes an album full of overt musical statements that much better. I’m All Ears masterfully showcases the maturity and playfulness of being 19 years old in such a fitting way that once you realize it, you can’t help dancing along to the infectious beats and sweet melodies Let’s Eat Grandma provides.