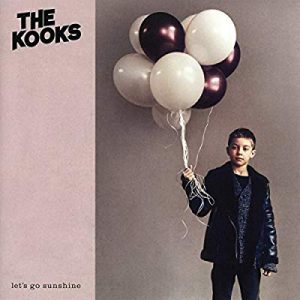 The Kooks debut album Inside In/Inside Out was the fifth best selling album of 2006 in England and spent one hundred weeks on the charts, peaking at number two behind the Arctic Monkeys’ Whatever People Say I am, That’s What I’m Not. Twelve years later, and four years since their last release, the Kooks have released their fifth album, Let’s Go Sunshine.

Writing began in 2015 as a follow up to the controversially experimental Listen, but was scrapped because the sound “wasn’t really the Kooks.” However, the now tangential fourth album maintains a heavy influence here, especially with the background vocals that can be heard throughout the album. Let’s Go Sunshine feels like the Kooks have returned to their classic style but attached to it everything they have learned since their debut. It has a much more mature sound than anything else they have ever released, and it works very well. In many ways, this album is the perfect marriage of the 2006 and 2014 versions of the band.

Many of the songs on display are the best that the Kooks have ever written, with standouts “Chicken Bone” and “Pamela” nearly matching the iconic “Naive” of their debut. “Believe” feels like they wanted to take the sound of dreary “See Me Now” from Listen and recreate it with the level of quality that it was lacking and serves as a highlight this time. The best track of all though is the revisited “Picture Frame” which was originally from 2011’s Junk of the Heart. It has a completely new sound and shows the depths of maturity the Kooks are capable of now.

Even still, Let’s Go Sunshine is by no means a perfect album. At times it can feel like it is relying too heavily on nostalgia, and after the wildly experimental Listen, it sometimes feels like it is playing things too safe. It is also a bit too long and can drag at times, but the individual strength of each song allows it to be an enjoyable listen from the first to last time you hear “We’re just having a good time…”

Final Verdict: While it’s not the Rubber Soul that Luke Pritchard was hoping for, it is undoubtedly the best Kooks album to date.